By bus, plane and boat 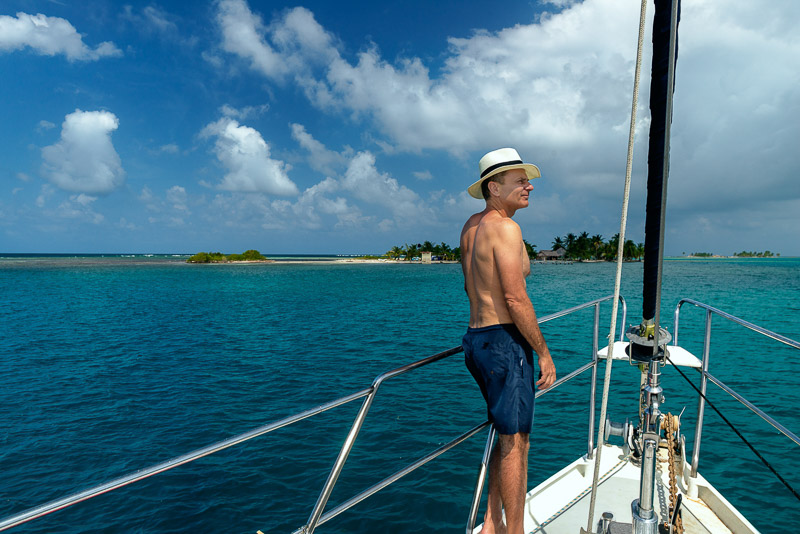 I had a blast riding around South America a few years earlier.

So, I planned to ship the bike from Los Angeles to Cartagena and ride from there. I booked all the airline tickets and a cruise from Panama to Colombia through San Blas archipelago.

At the last moment, the shipping agent bailed out on me and I could not send the bike.

So I decided to go without the bike. I wanted to make a different kind of trip this time. Instead of rushing through places, I wanted to experience them.

I spent more than two weeks in Medellin, more than a week in Pereira, etc. I was staying with local families and it gave me a chance to learn more about Colombia and the way of life there. 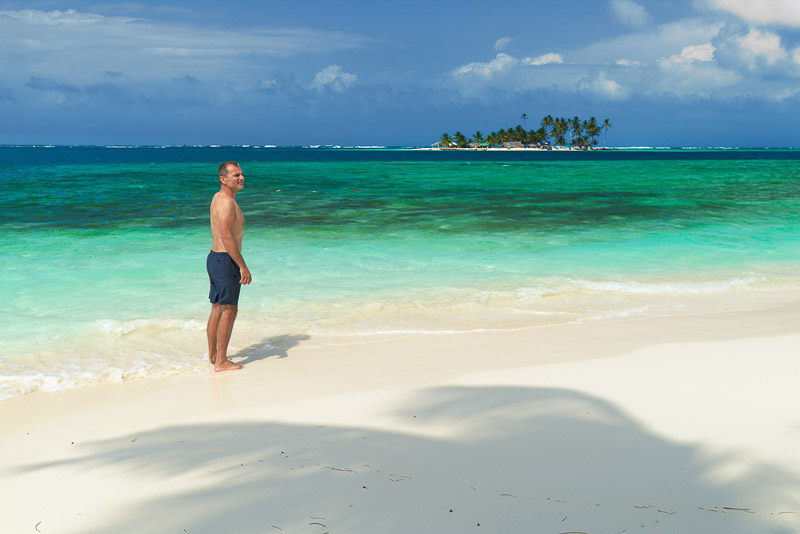 I had particularly good memories of Cartagena. So, this time, as I wasn't in a rush, I spent about a week chilling in this amazing city. It is perfectly safe to walk around old city of Cartagena any time of day or night, a rather uncommon for Colombia. 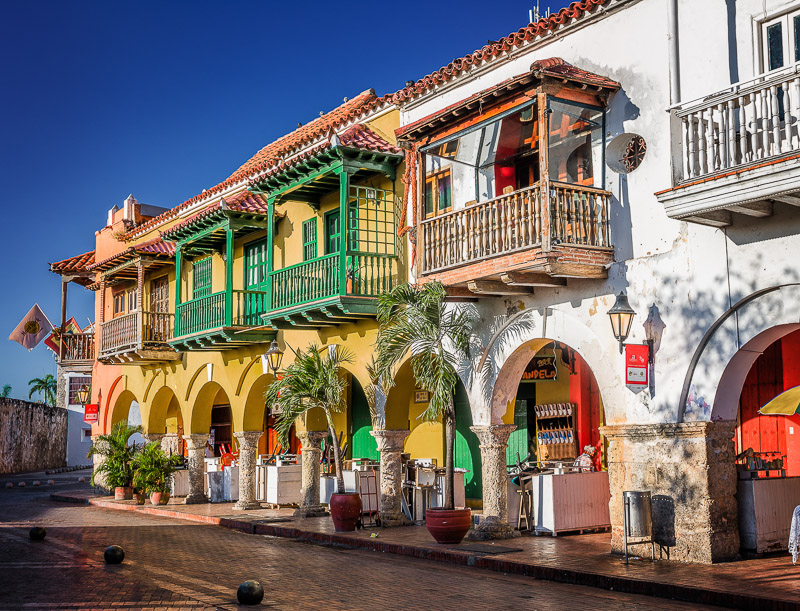 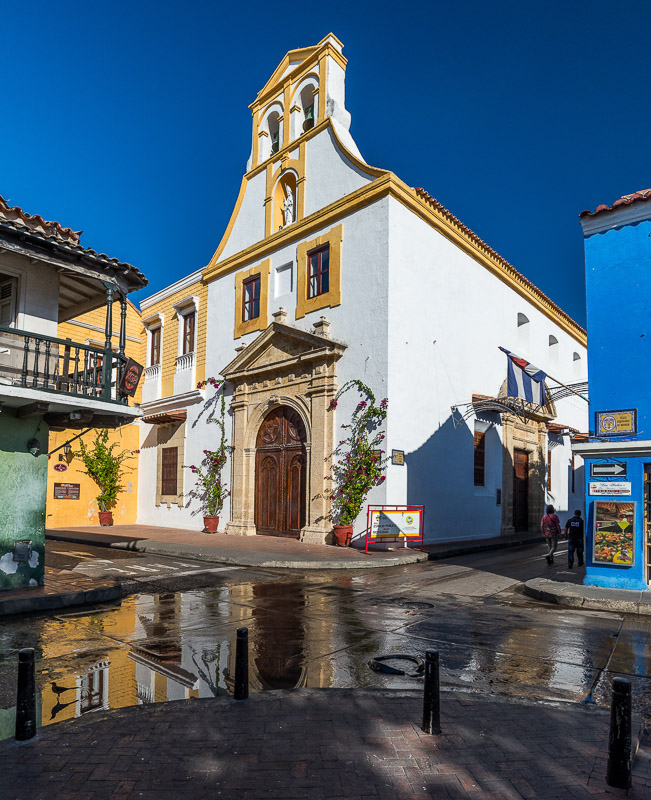 One of many plazas and plazuelas in Cartagena. 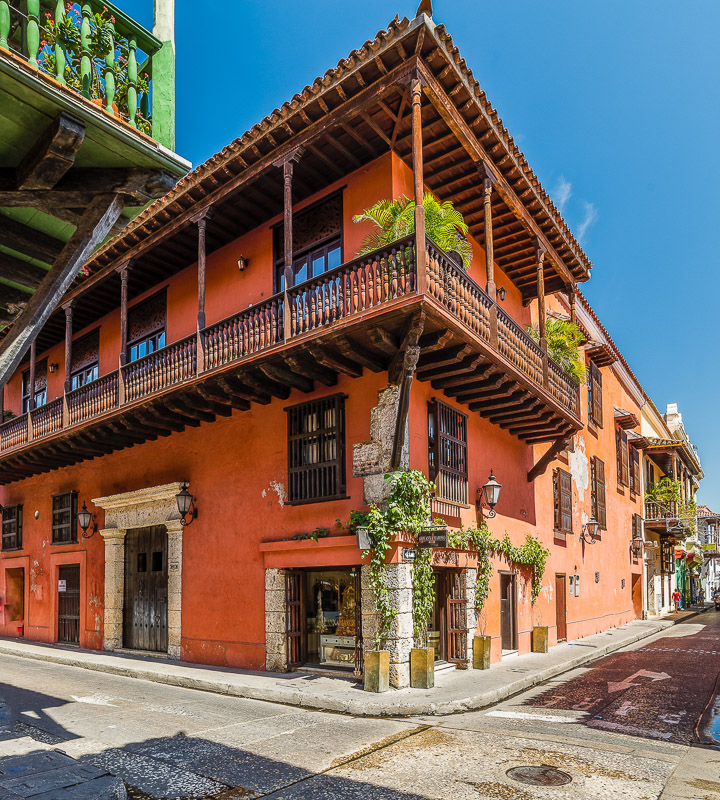 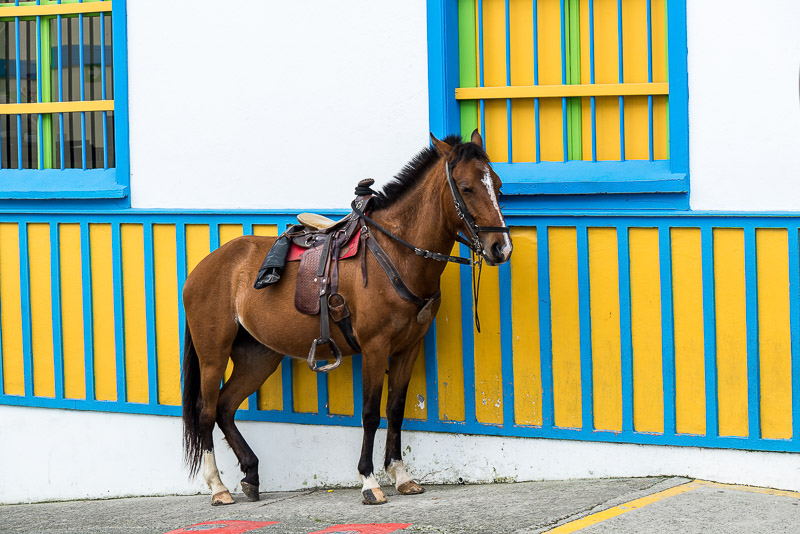 Horse parking in a village between Medellin and Pereira.

I wanted to take a bus from Cartagena to Medellin, but the price of an airplane ticket was the same and buses ran overnight, meaning I could not see anything. So I opted for the flight.

I think I must have arrived in Medellin just afer the rainy season as the air was crisp. Medelling is very close to the equator but at a higher altitude, so that the average monthly temperature oscillates by only one degree throughout the year. Every day it's little on the hot side mid day and little cool at night.

The weather and modern city conveniences are probably the main reason for a large expat community in Medellin. Unfortunately, crime is a big problem, like everywhere in Colombia. 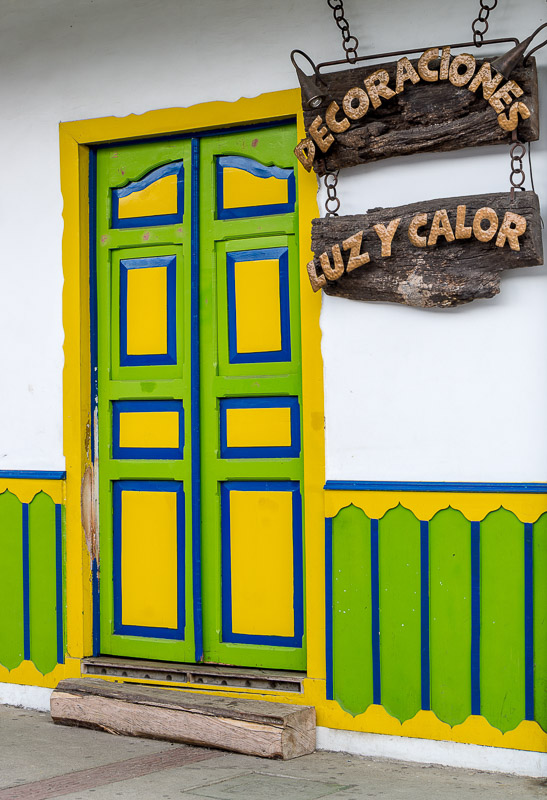 Use of vivid colors is prevalent throughout the Latin world. 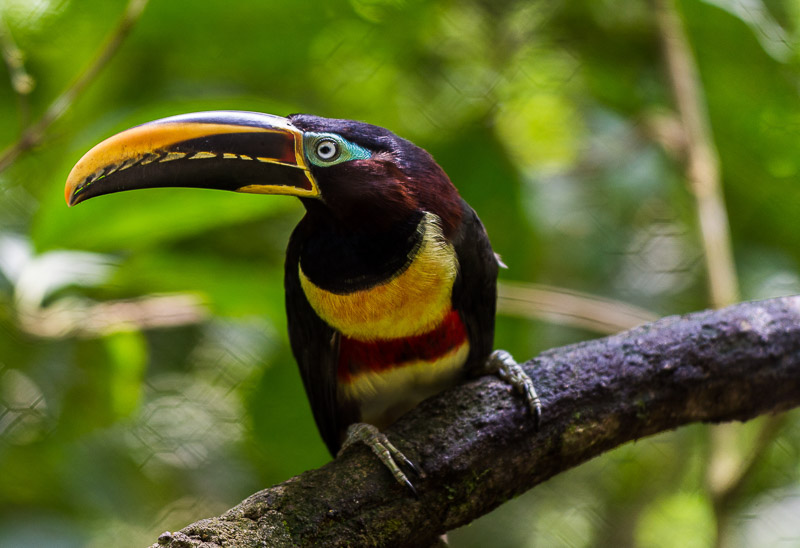 After almost a month in Colombia, it was time to move on. One place that is difficult to explore on a motorcycle is the Amazon basin. There are virtually no roads there. Rivers are the highways and people and goods travel by boats. Since I was bikeless, it seemed like a good idea to navigate rivers of the Amazon basin.

After Pereira, my friend gave me a ride to an intersection above Quito. It was cold up in the Andes, but once the bus descended endless switchbacks, the weather was pleasantly warm. Humidity was high, but because it was cloudy, it was quite comfortable. I ended up in San Francisco de Orellana, the last town with road connections on Rio Napo.

I couldn't find reliable info about the boats plying Rio Napo. I just knew that I had to change 3 boats in order to reach Iquitos in Peru. I was hesitant to start the journey because I didn't know how long it would take me to reach Colombia and I had "only" 3 weeks to catch a flight to my next destination. Some reports mentioned people being stuck for days in a village on Peruvian side of the border because the boat from the border to Iquitos ran twice a month. Fast boat wasn't always operating.

With some hesitation I boarded a fast boat in San Francisco de Orellana heading to the Ecuadorian border outpost. Despite being "fast," it took about 8 hours to reach the last village on Ecuadorian side. From there, I had to take a small boat to a village on the Peruvian side. Because of the lack of tourists, I had to wait 3 days to share the cost of the boat charter with others. Finally two Argentinian students showed up. They were good at haggling with the boat operator over the price. I was happy to finally leave Ecuador and start the real Rio Napo adventure.

I'm guessing I was rather lucky. We made it to Peru just in time to take the next day's fast boat to Iquitos. I am not sure, but it seemed that this fast boat was operating at least once a week, probably twice. A slow boat must have left the border a day earlier as we passed it a few hours later. It was going at an excruciatingly slow pace. I was very happy that I did not take it. Conditions aboard it did not look that impressive either. Besides, two days of boat life was plenty for me.

Navigating Rio Napo, a major tributary of the mighty Amazon river, is a real treat. Passengers are cooled by the wind while watching the Amazon jungle pass by. The river is fairly wide, but the boat spends a lot of time near either bank of the river. Every now and then, people jump out of the forest and flag down the boat to pick them up. Everyone who enters the boat is perfectly groomed and freshly showered. We, the tourists, were the dirtiest.

The fast boat makes an overnight stop about 3/4 of the way to Iquitos in the first major riverside town. There wasn't much to do or see there (even food was hard to find), but it was still better than sleeping on the boat. Next day we boarded at 5 am and arrived in a port where Rio Napo and the Amazon are only 5 km from each other. The confluence is another half a day boat ride. So, it's faster to just ride a tuk tuk for 10 min and board another fast boat to Iquitos than go around.

Iquitos is the worlds largest city with no road connections to the outside world. Everything is either flown in or shipped by boats. Its busy port serves various destinations in the Amazon basin. It's an amazing sight to watch hordes of people board numerous ferries.

I spent several days just chilling, sipping fruit shakes, eating exotic fruits and vegetables and planning the rest of my trip. From Iquitos to the tri-border area of Peru, Colombia and Brazil was a relatively easy one day fast boat ride. Actually, there are at least two fast boats departing daily in both directions.

I spent the final days of my Amazonian adventure in Laticia, the Colobian town at the border with Brazil and Peru. This are too, has no land connections to the rest of the world. Because of FARC activities, the only way to go further into Colombia is by air. After doing little more touristy stuff - jungle lodge stay with a visit to the nearby monkey island, I flew to Bogota. 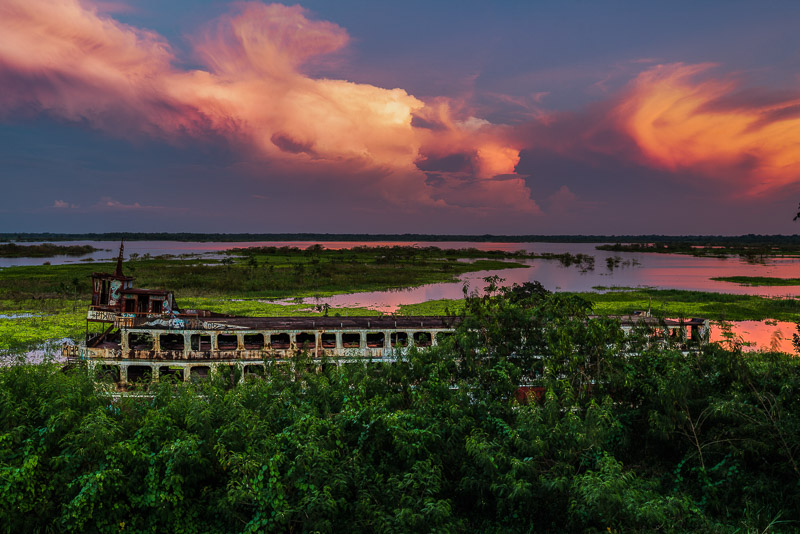 Flood plain of the Amazon river in Iquitos. 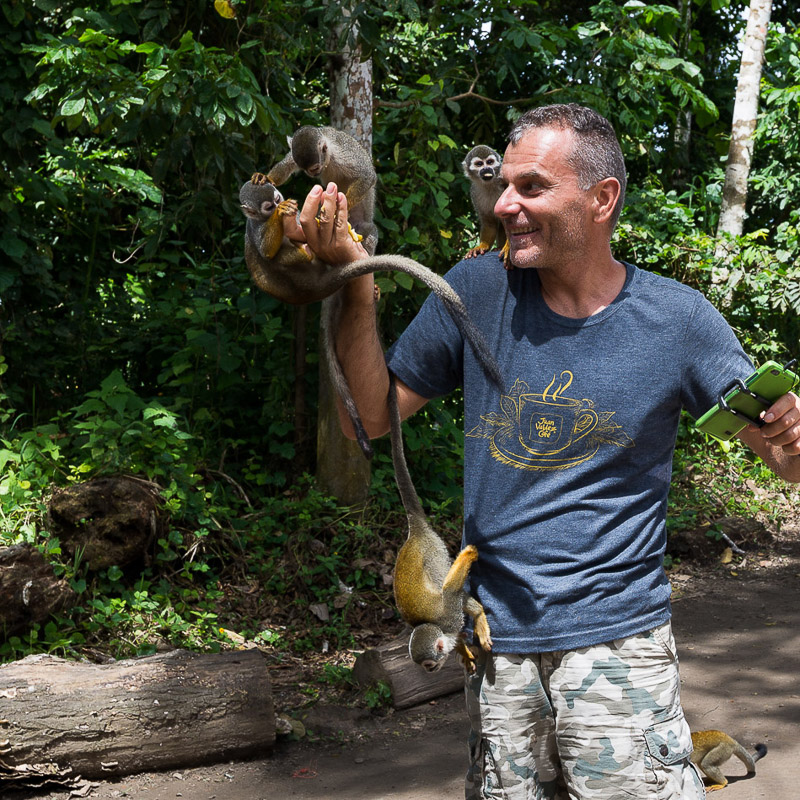 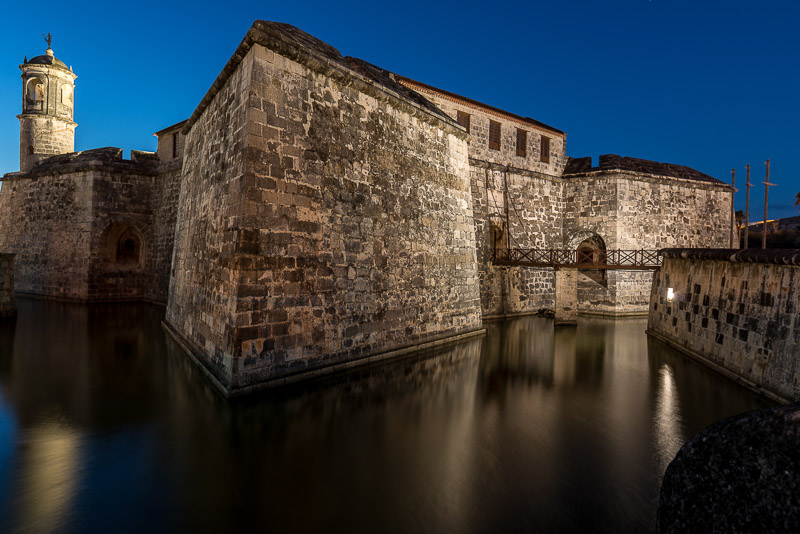 I had a week to spare before my flight back home. Looking at interesting places to visit around Panama, I opted for Cuba. Well, it was probably the worst travel experience I've had anywhere.

Cuba might be a good destination for package tourists who fly in, get picked up by the hotel bus and spend all the time basking in the sun and sipping cocktails in their all-inclusive resorts. For independent travelers, it's a nightmare.

There is so much hype about visiting Cuba "before it gets Americanized." In reality, it could use some Americanization, a lot of it actually.

There is no nice way to put it - Cuba sucks. No country, region or city in the world is perfect and every place some things that we like or don't like about it. Unfortunately, visiting Cuba turned out to be a complete nightmare that started the moment I tried to go through the immigration and ended when the plane took off. Endless lines everywhere, lazy, indifferent and outright crooked workers, laws crafted to encourage ripping tourists off and inability to get around the country are just some of the bad memories I have of Cuba.

This is too bad as there are some beautiful beaches, but unless you're on a package tour, you won't see them. There are many hard working people, but you will never get to meet them as you will always be surrounded by greedy tourist service providers. Cuba is all about charging top prices for mediocre quality of goods and services. I'm just curious what the big fuss about Cuba is. So what if it is one of many countries that the US tried to crush with economic sanctions? That is a poor excuse for shameless rip-off and mistreatment of tourists.

On the positive side, it is a very safe place and crime is virtually non-existent. I did stay at one guest house with friendly and welcoming hosts and I did find one restaurant with the owner who took pride in his business and his food. Hopefully, there will be more such people and businesses as the country opens up more 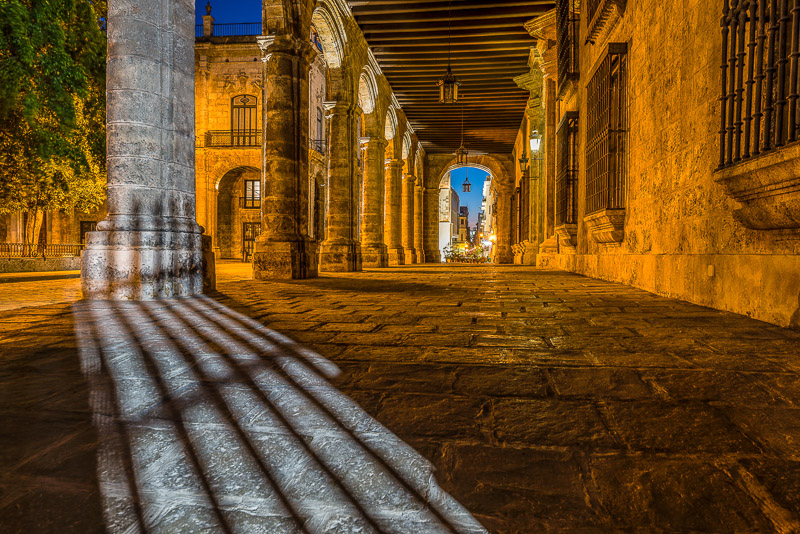 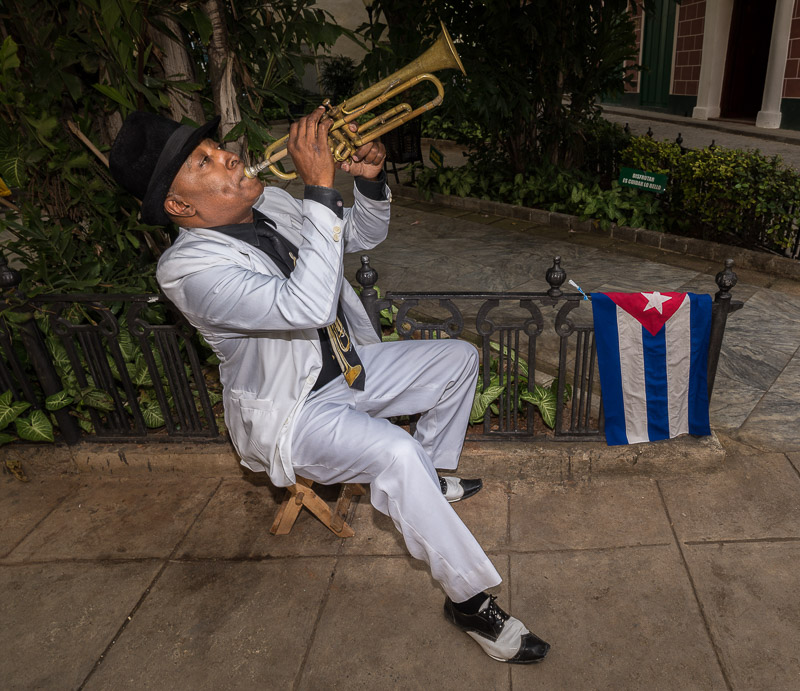 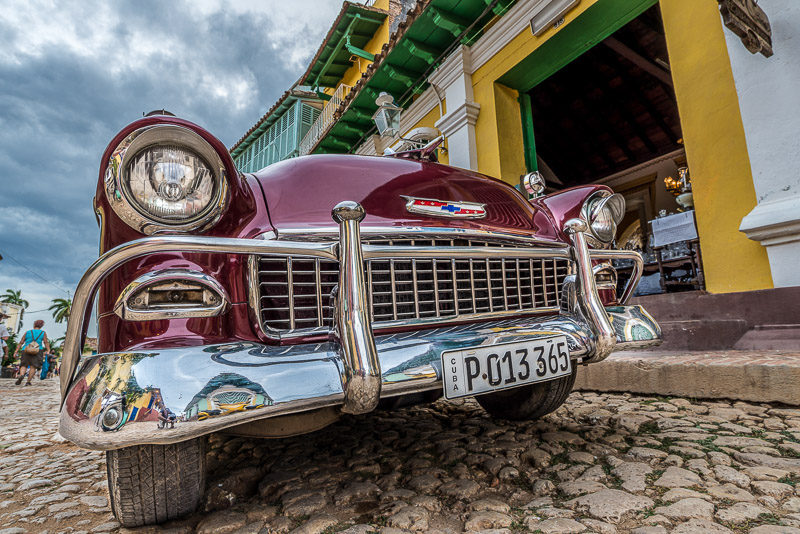 Not sure why, but everybody is taking photos of old cars, I had to follow the crowds. 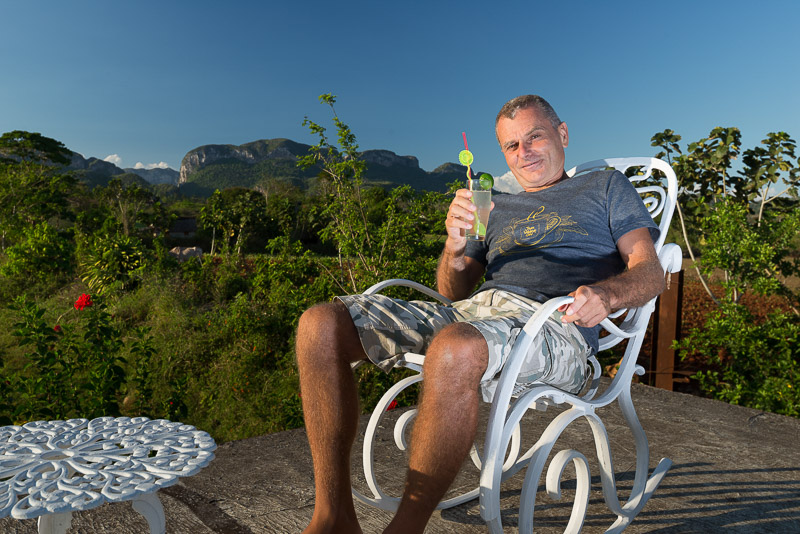 Anxiously waiting for my flight out of Cuba.