A rare place of untouched nature and solitude 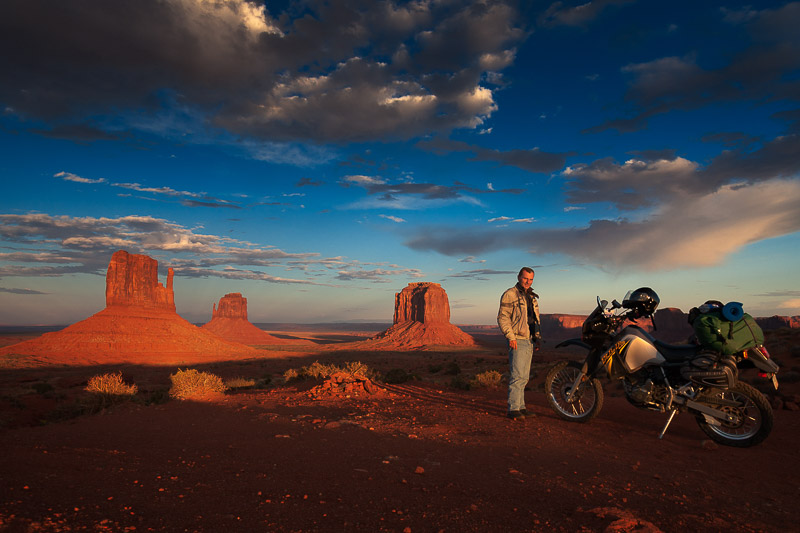 Lake Powell is an artificial lake made by flooding of the Glen Canyon, named so by the great explorer John Wesley Powell himself. I did not see many photos of the canyon before flooding, but it was supposedly incredibly beautiful

The water might have covered amazing canyons, but is also adds another dimension to the area. It's really a boater's paradise with numerous beaches and small canyons reachable by boat only. There area few spots where a rough road reaches the lake shore. Rarely, if ever, I saw another soul on these roads. 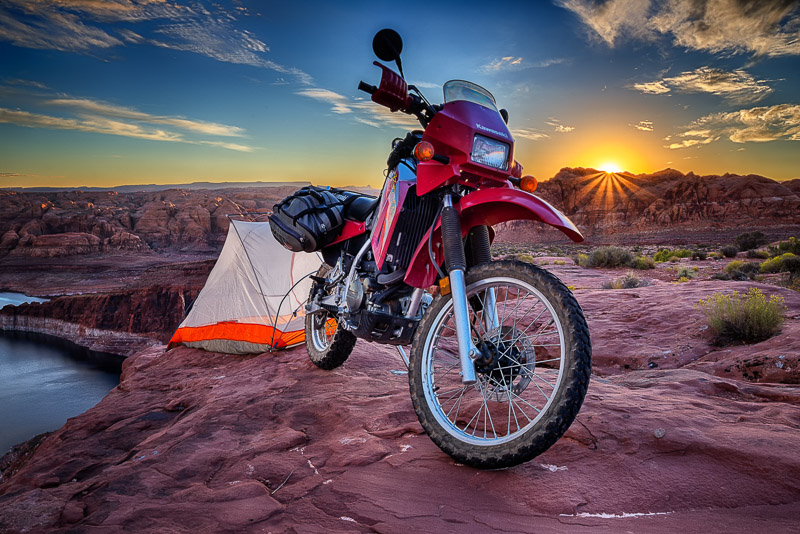 Sunrise on a cliff above San Juan river. 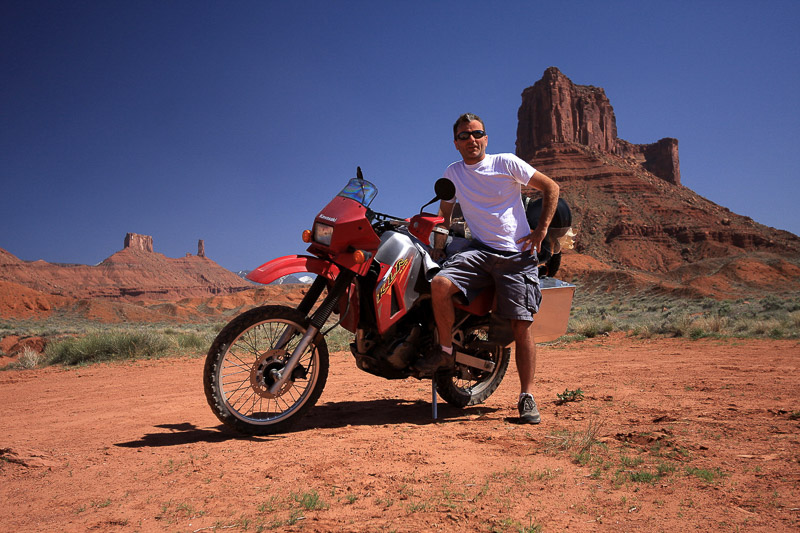 Valley of the Gods near Monument Valley.

On a plateau high above the lake Powell - Smoky mountain road. 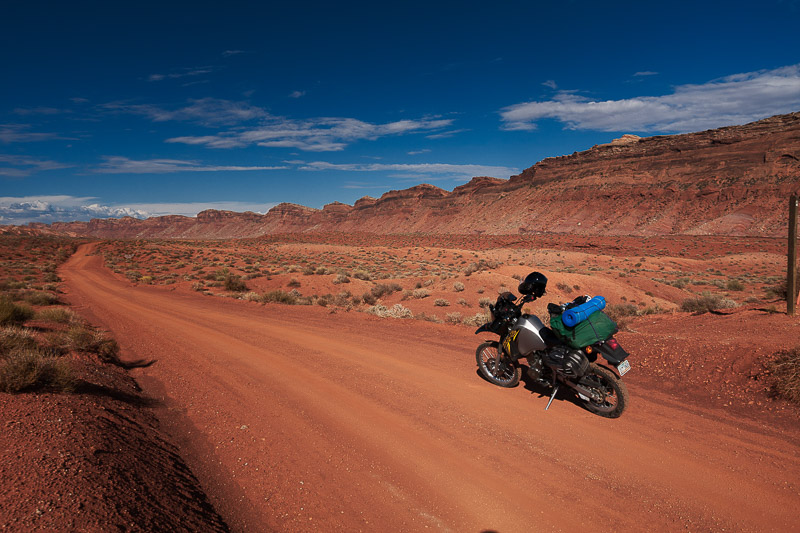 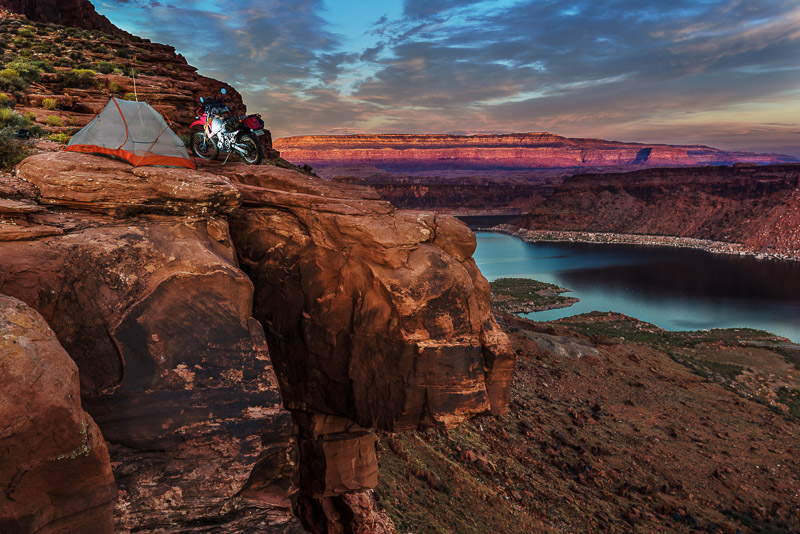 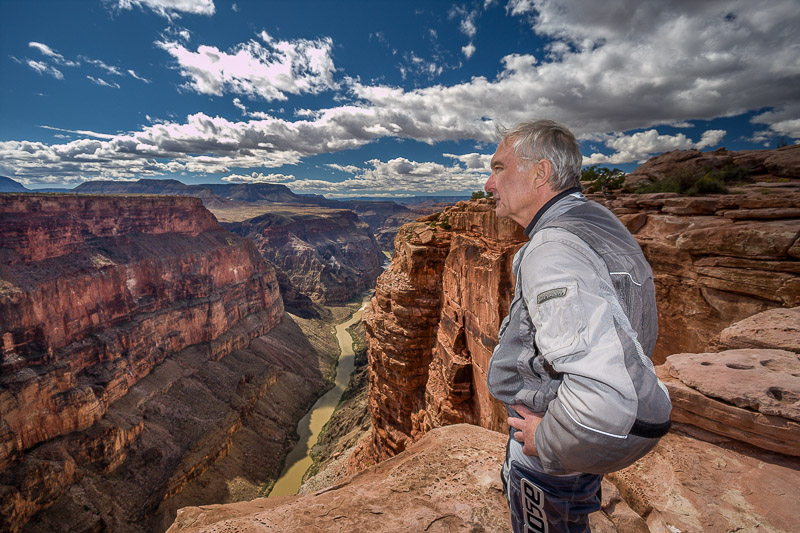 Riding buddy at Toroweap point - a little known and hard to reach part of the Grand Canyon NP. The Gestapo has arrived at this remote location too. Now one needs an advanced reservation to camp there. 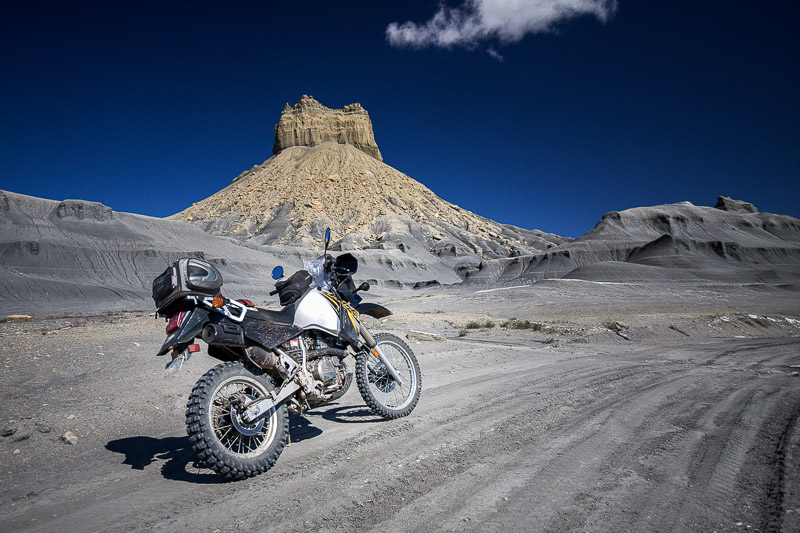 Bizarre scenery near the Lake Powell. 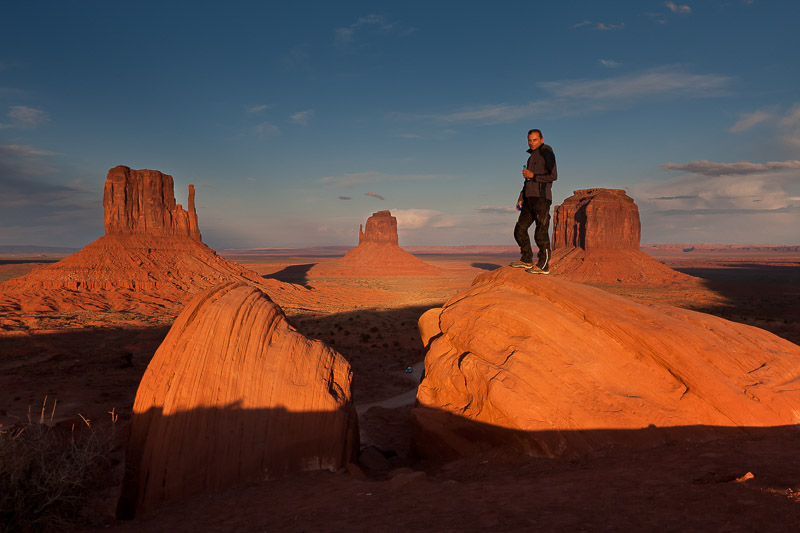 The classic view of the Mittens, Monument Valley. 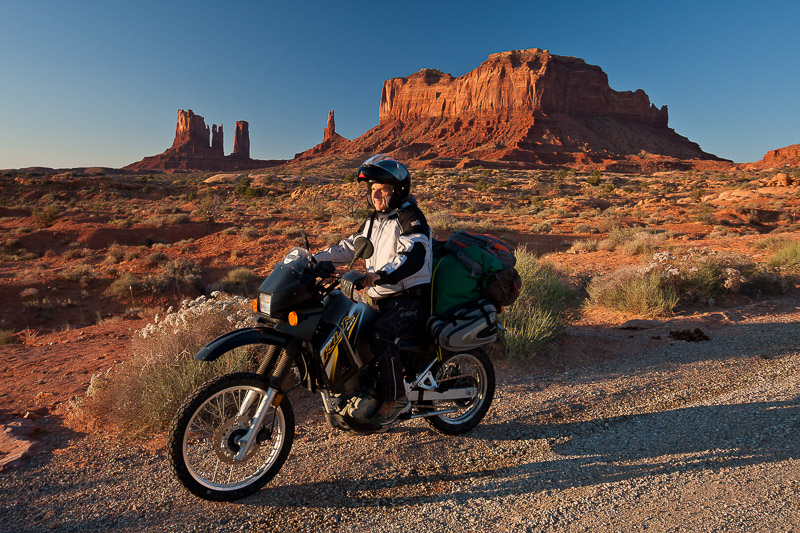 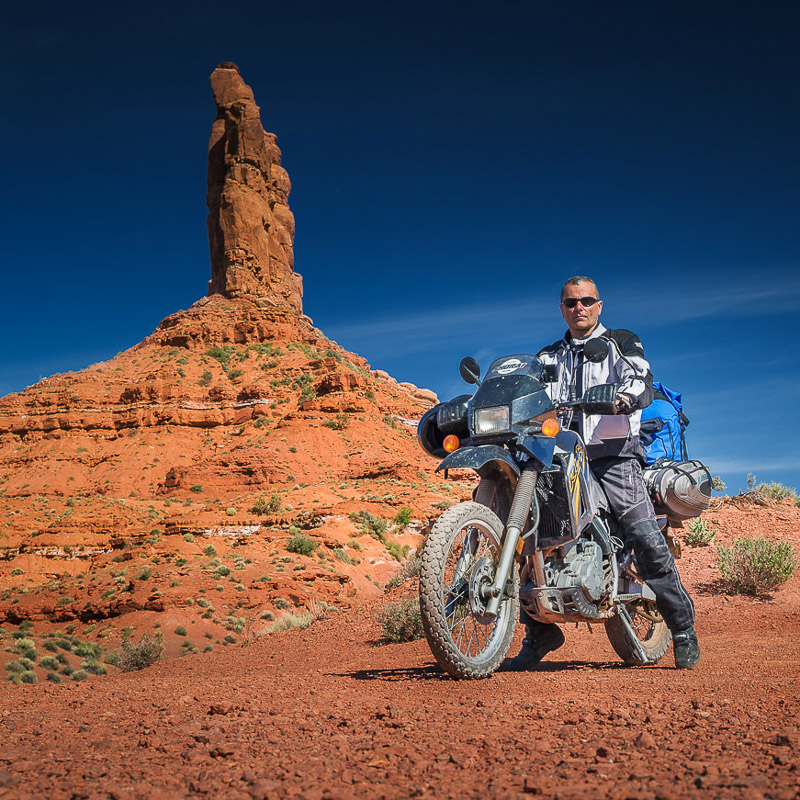 Valley of the Gods. 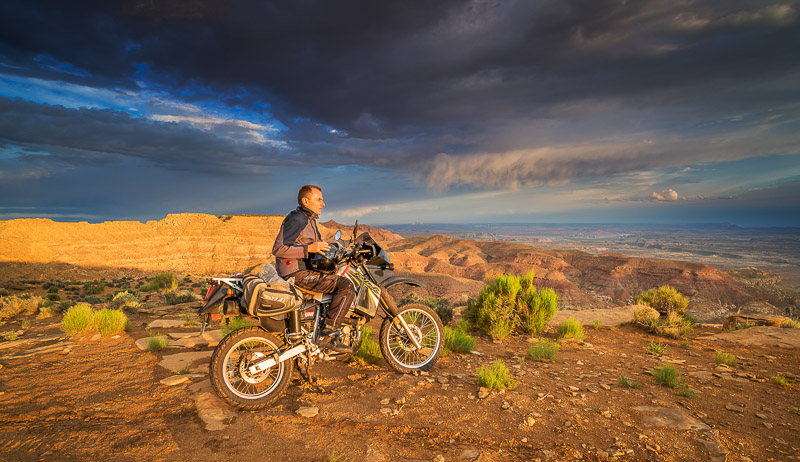 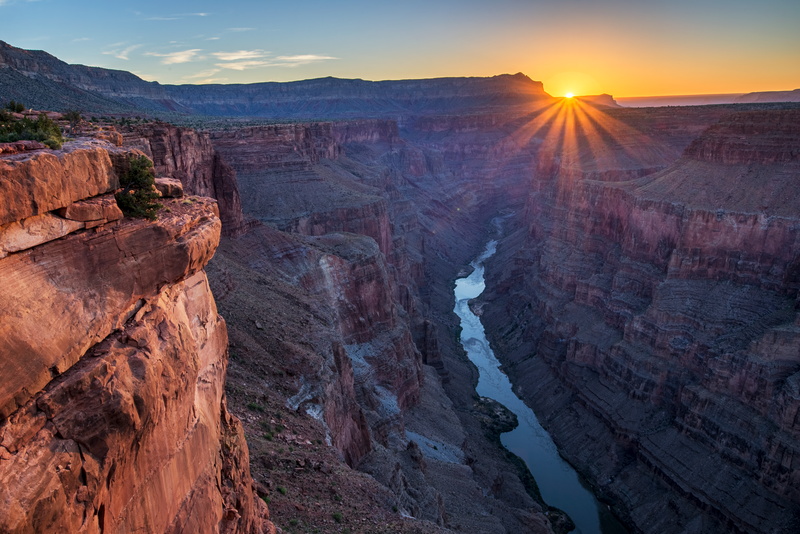 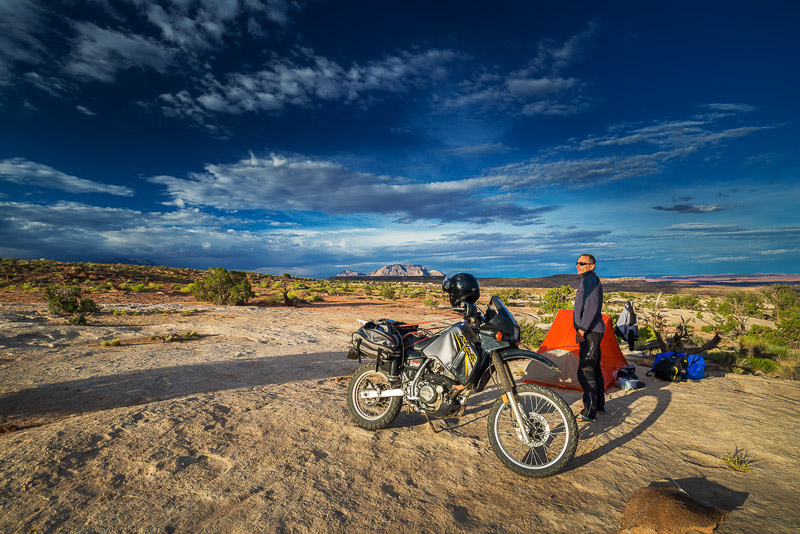 Not a soul for miles and miles around - between Capitol Reef NP and Lake Powell. 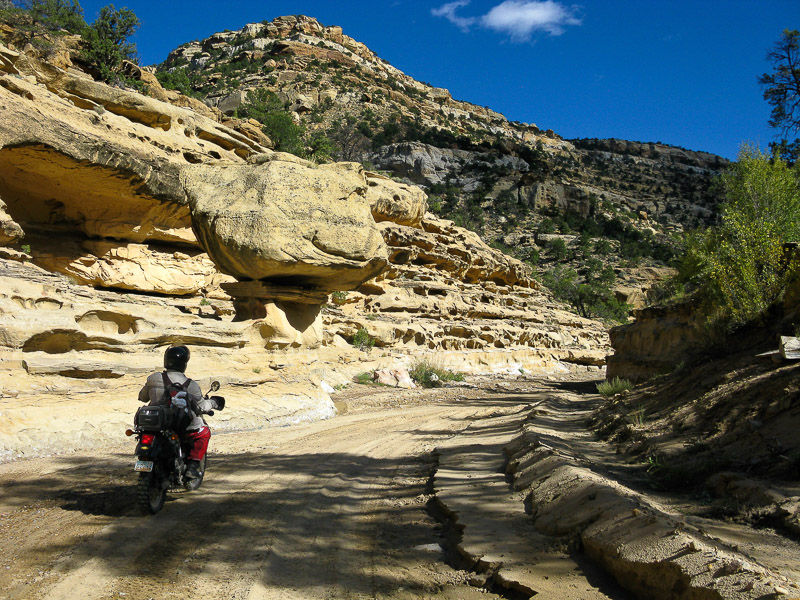 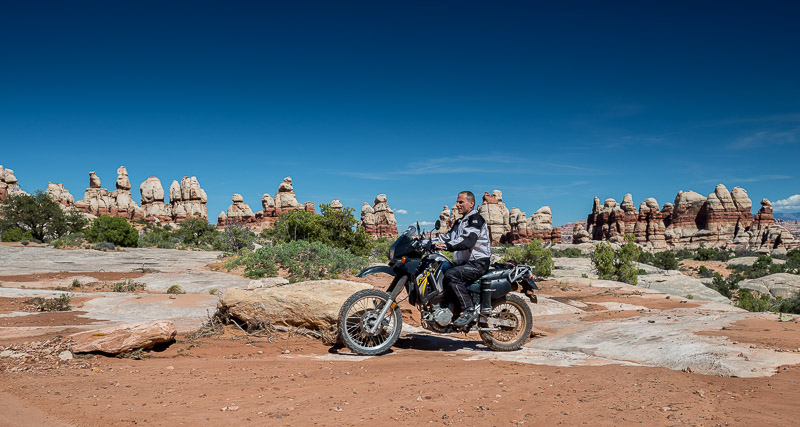 Dollhouse area of the Canyonlands NP is rather hard to reach. 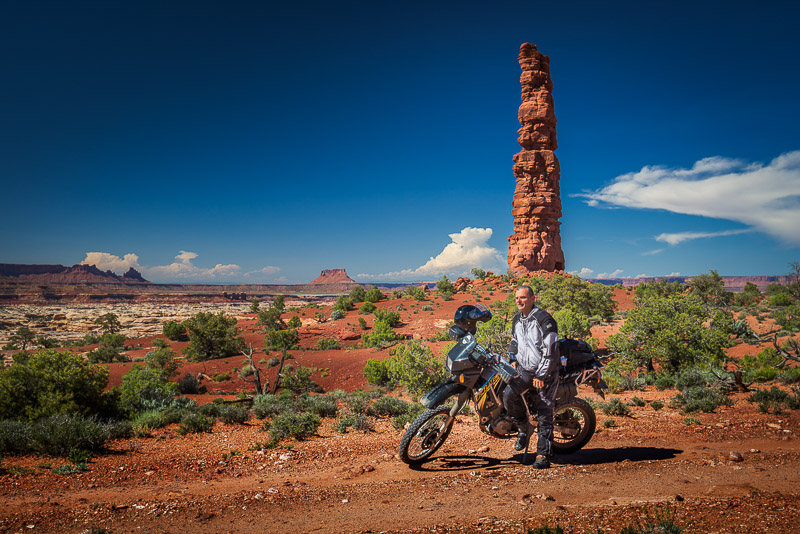 A spire on the way to the Dollhouse. 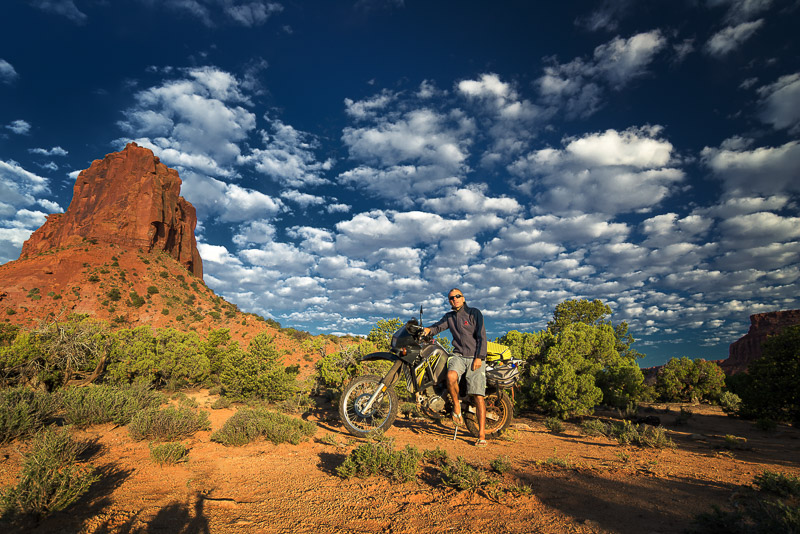 Blue sky, fluffy clouds, red towers and nobody around - this is what the Lake Powell is all about. 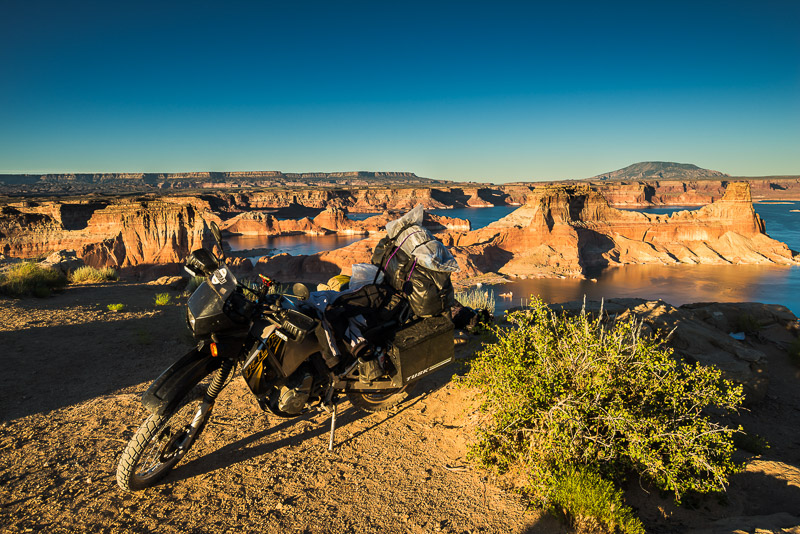 Lake afternoon on a mesa by Lake Powell. 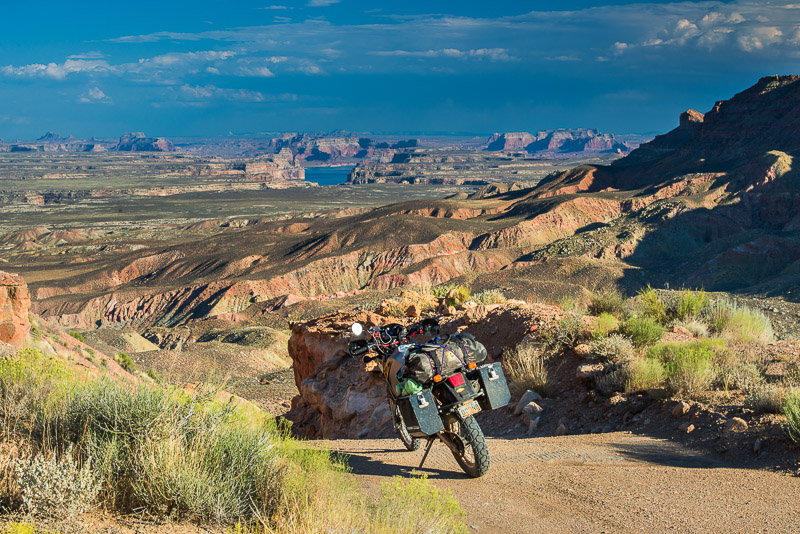 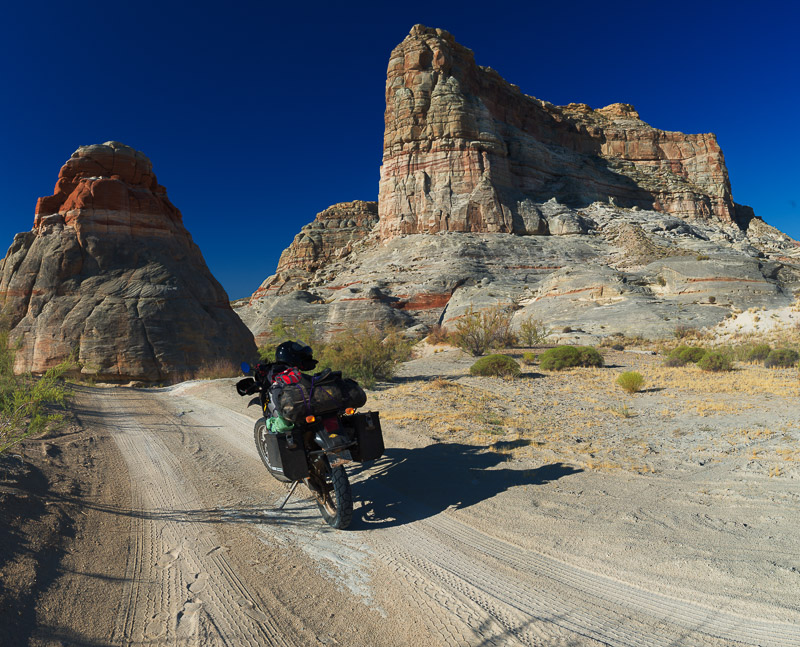 One of the approach roads to the Lake Powell. 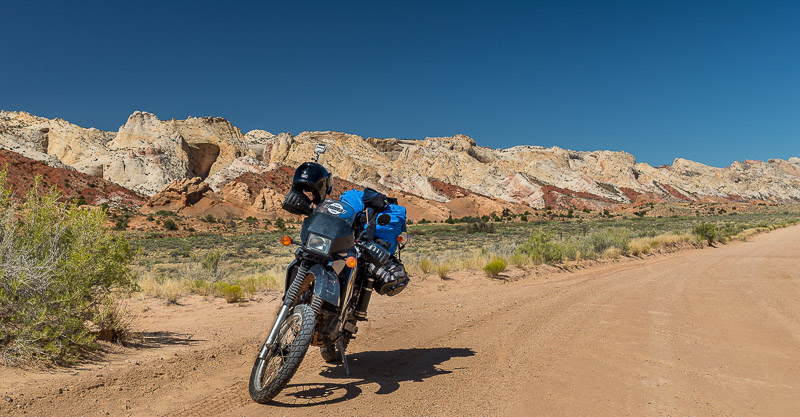 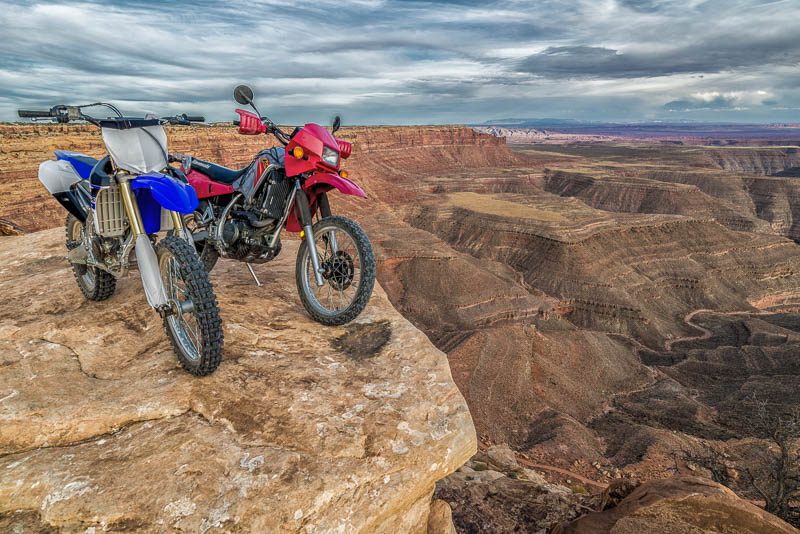 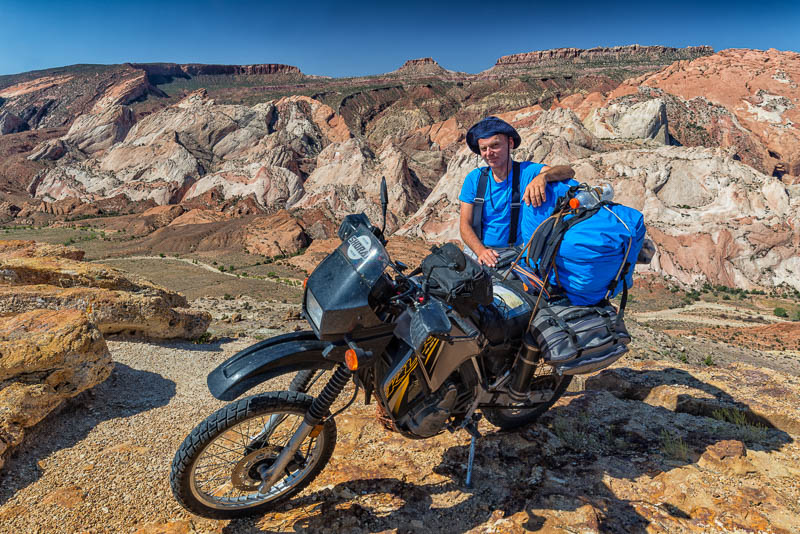