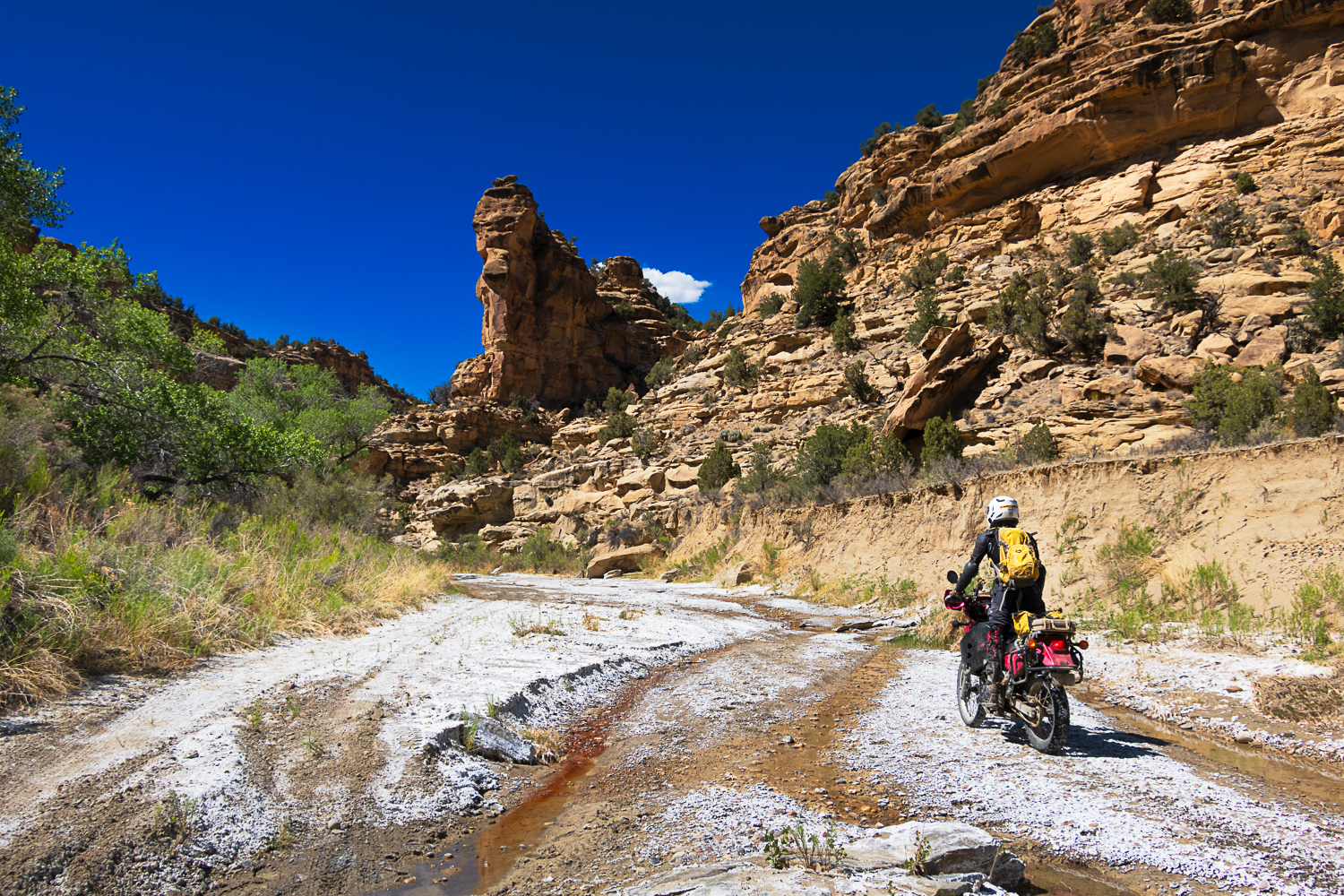 The plan was to meet outside Hurricane, UT for a week of enduro riding, followed by another week of exploration of the dirt roads of Grand Staircase Escalante. But first, I had to get to Hurricane. The bike was parked in San Diego for the winter, so that's where the trip started.

KLR is not made for intersates and they do not have much to offer in terms on riding. So I tried to use smaller roads as much as possible. For a significant portion of the ride through California and Arizona, that meant following the route 66. 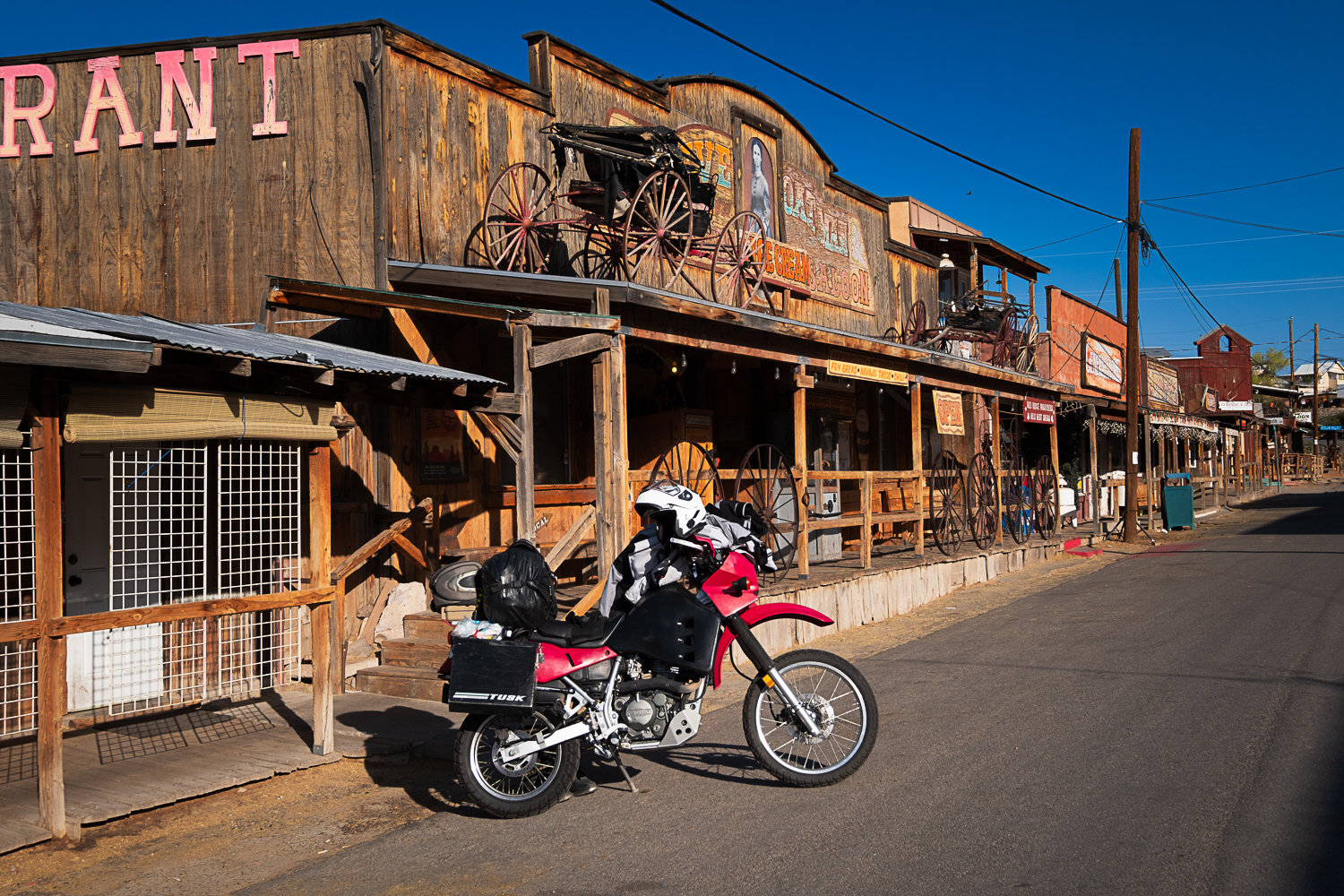 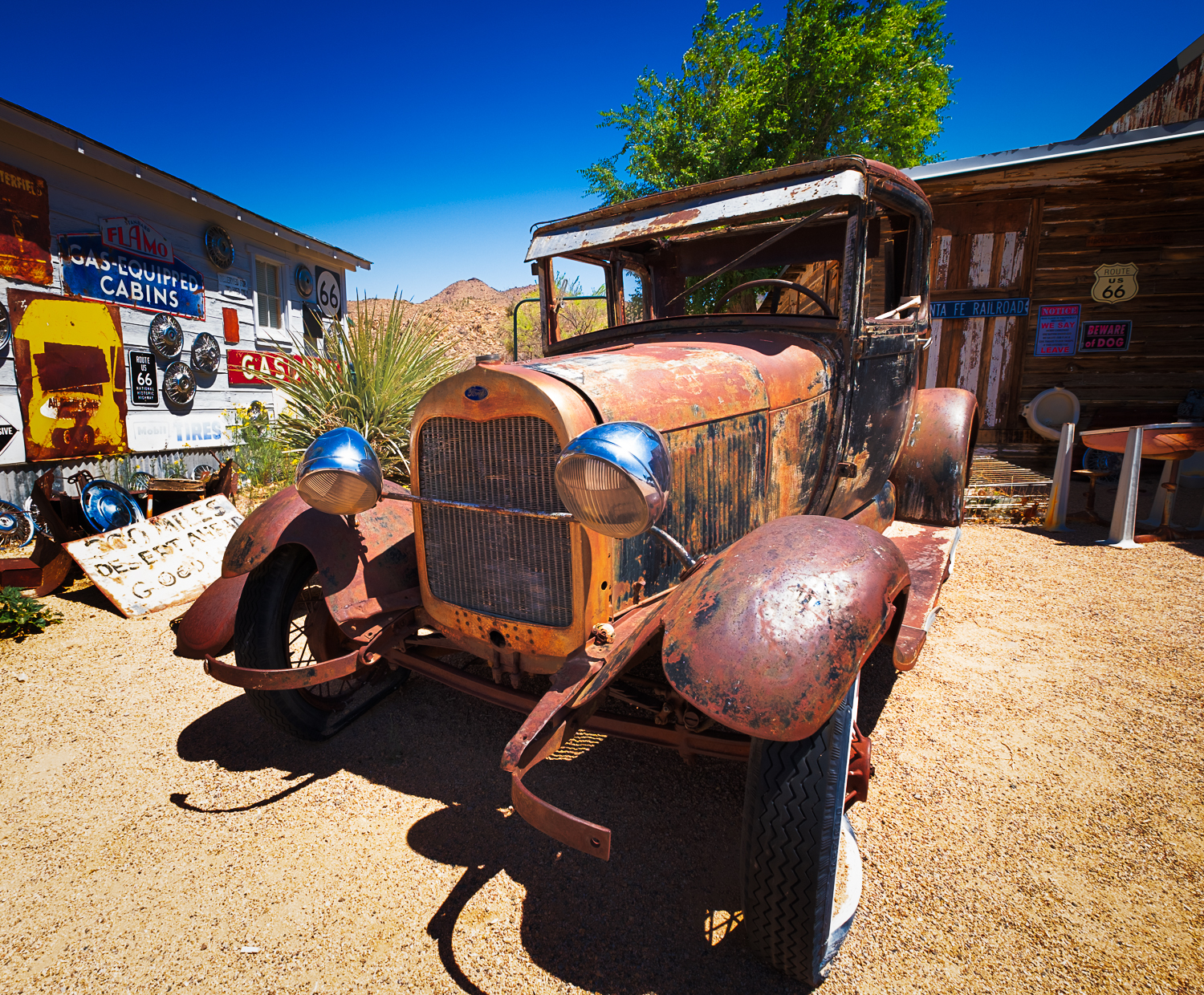 Route 66 is all about automotive relics from the time long gone. 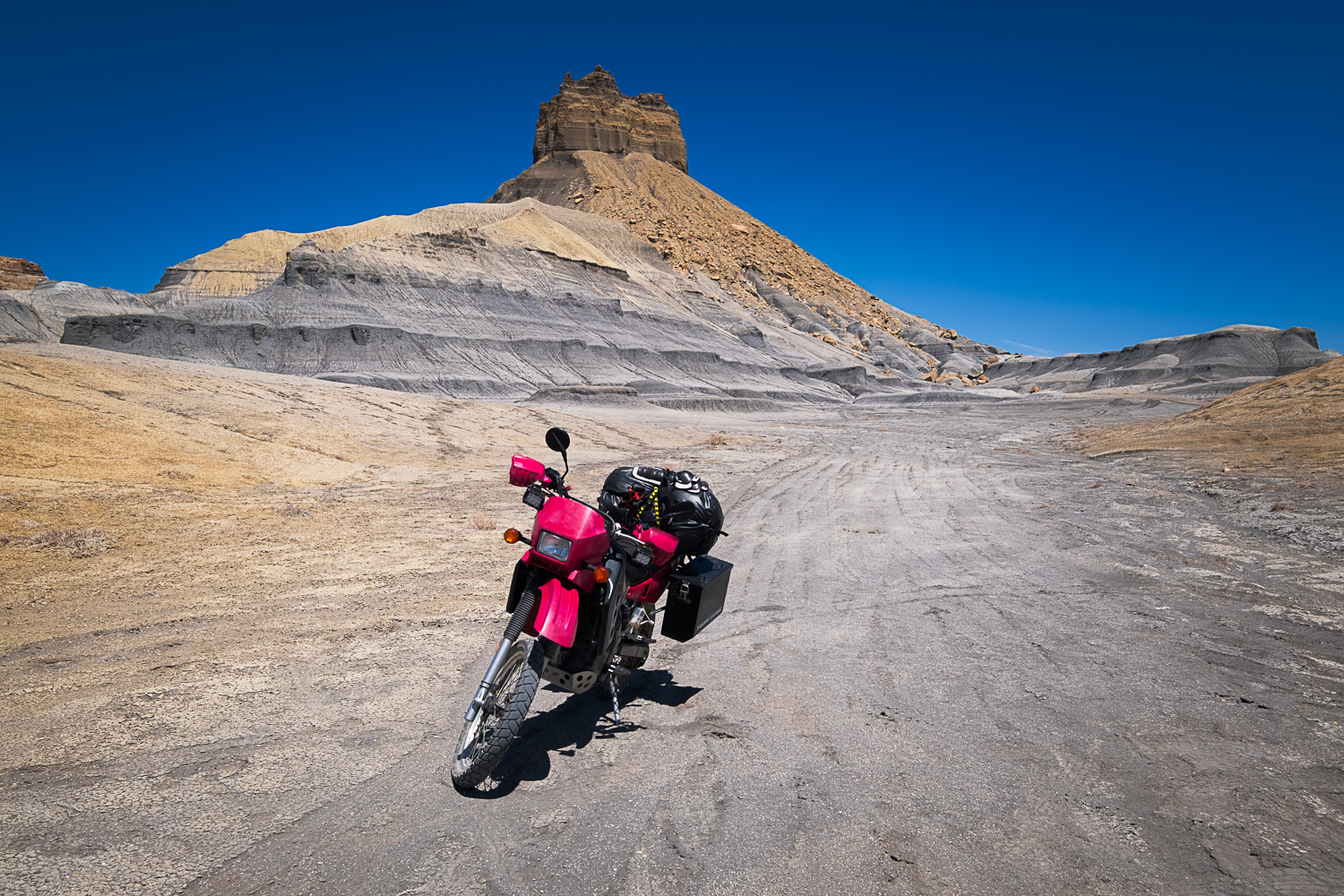 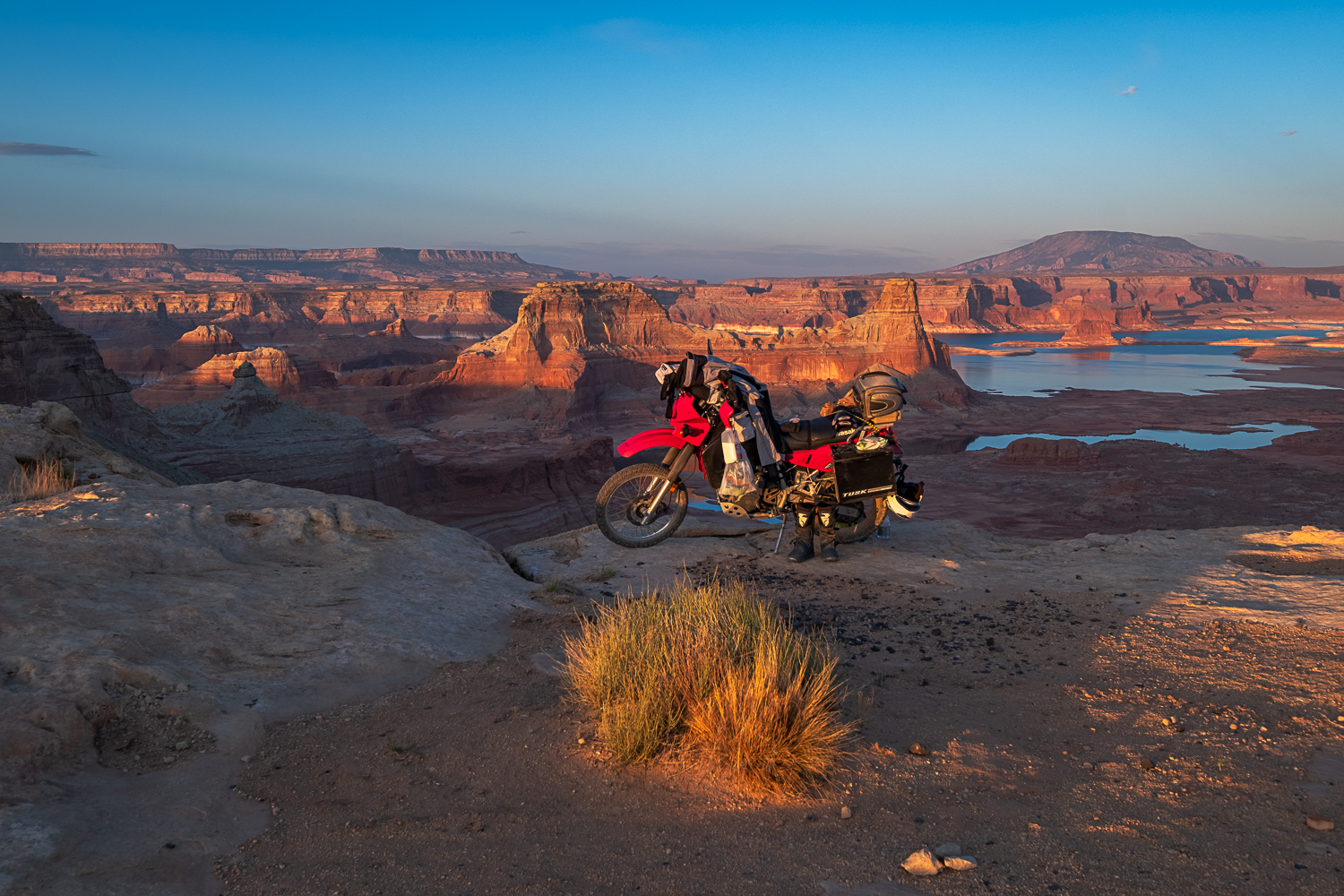 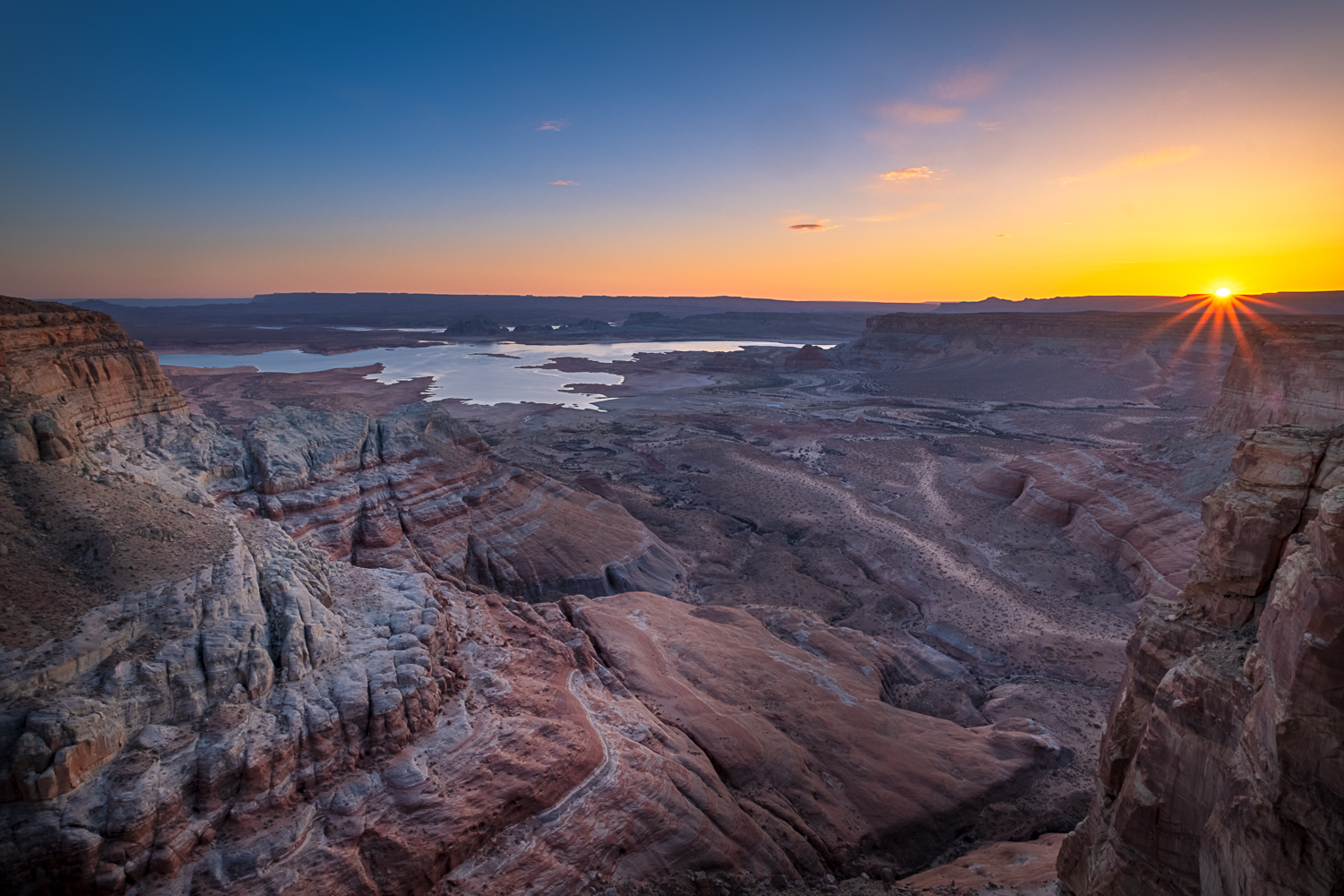 The sunsets are still as beautiful as ever, regardless of the crowds.

Having ridden over a thousand miles, I was ready for some hiking. I tried lottery for a permit to the Wave on two consecutive days, but didn't get it. Over the years, as the number of people trying to get the permit increased, authorities kept reducing the number of available permits. Luckily, I visited the Wave when the regulations were more reasonable. Buckskin gulch requires a permit, but one does not have to win it on a lottery. This 12 mile slot canyon eventually meets Paria river. It is as picturesque as any slot canyon in the area but much longer. I hiked 8 miles in, not thinking about having to go back. By the time I returned, I was hugry, thirsty and tired but very content. 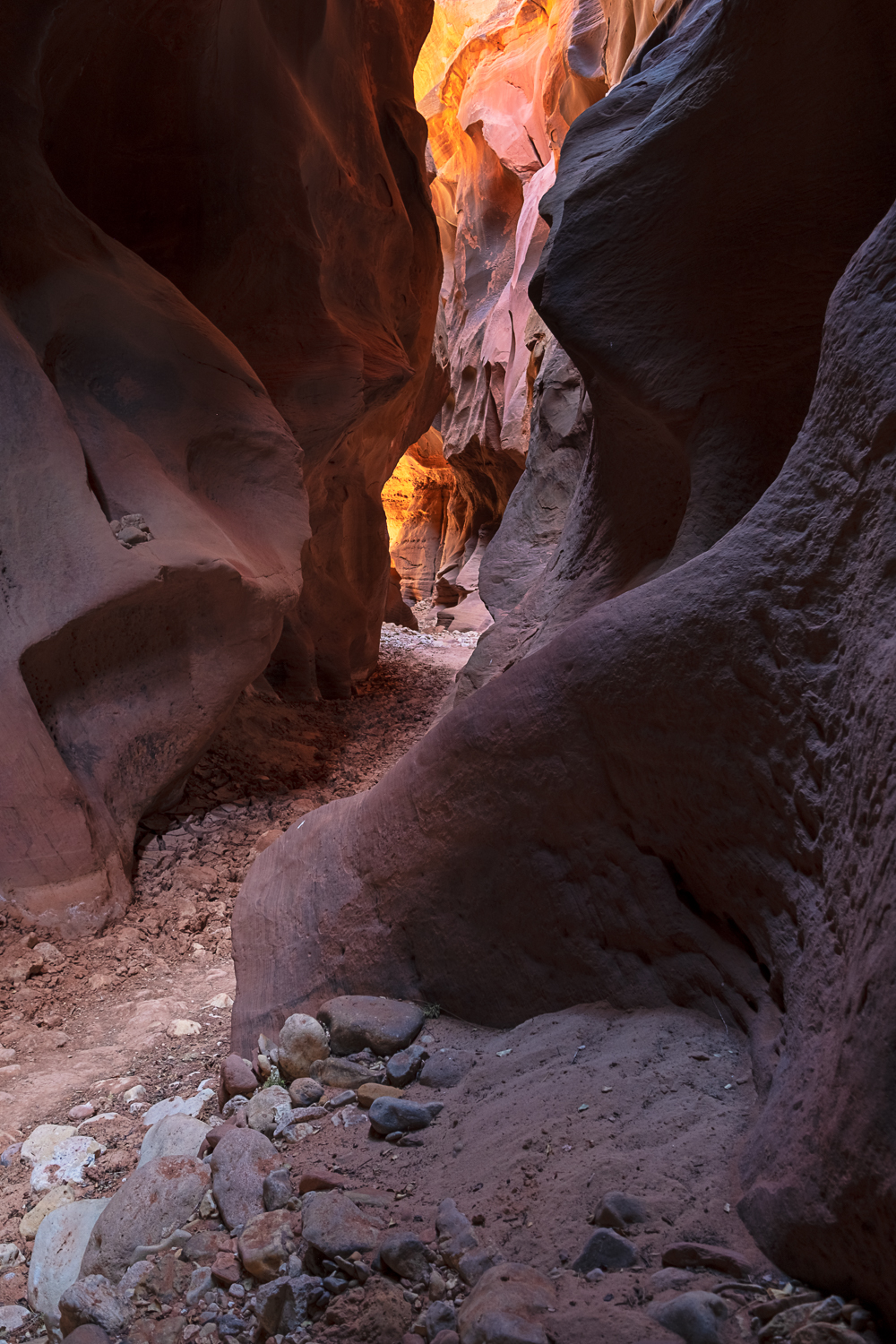 Buckskin gulch is hands down, the best long slot canyon around.

My friends and I camped on a cliff overlooking desert of Arizona and Utah. It was a great spot with virtually no people around. The area offers numerous riding opportunities, from dry washes to sand dunes. 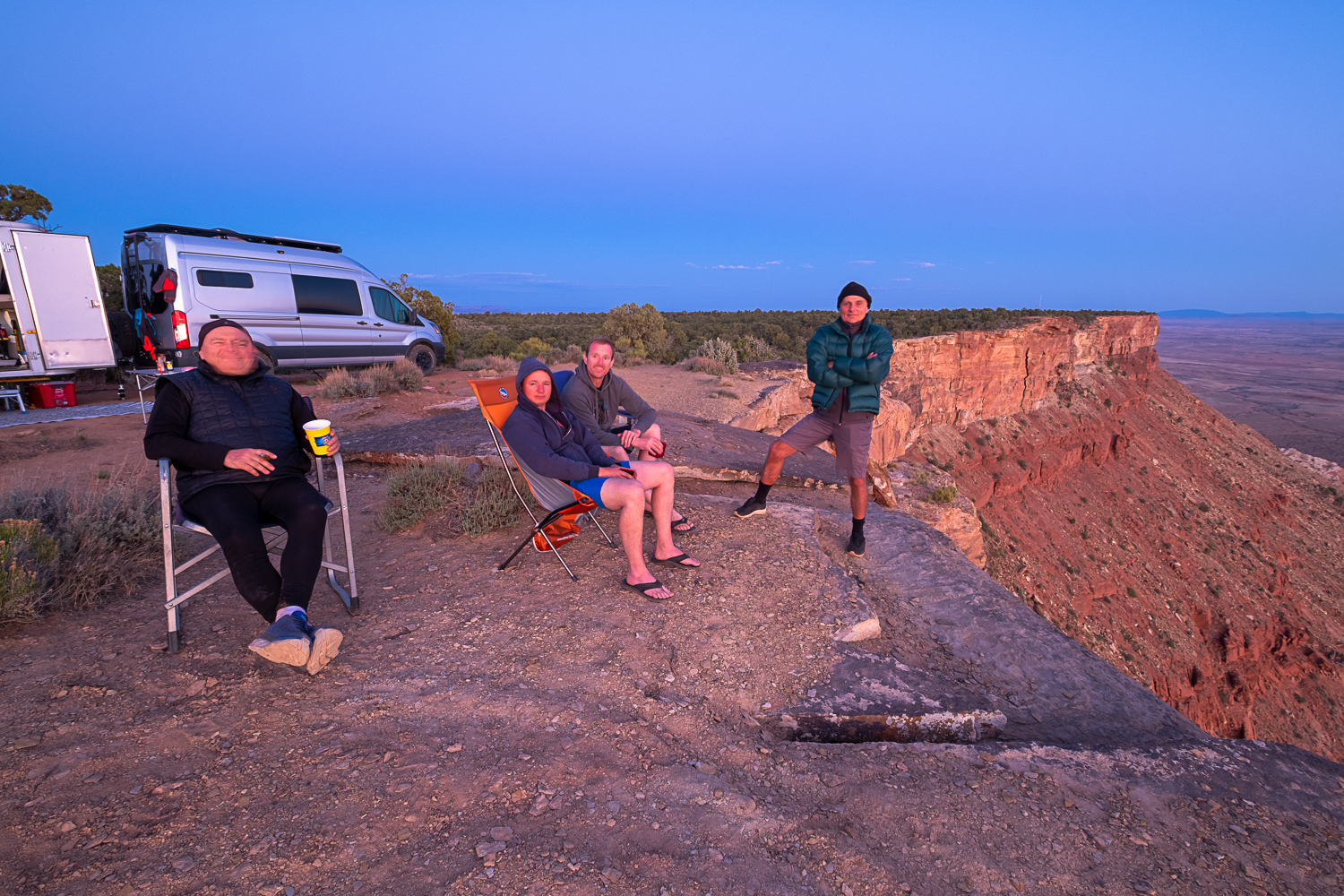 Finally met friends for a week or enduro riding outside Hurricane. 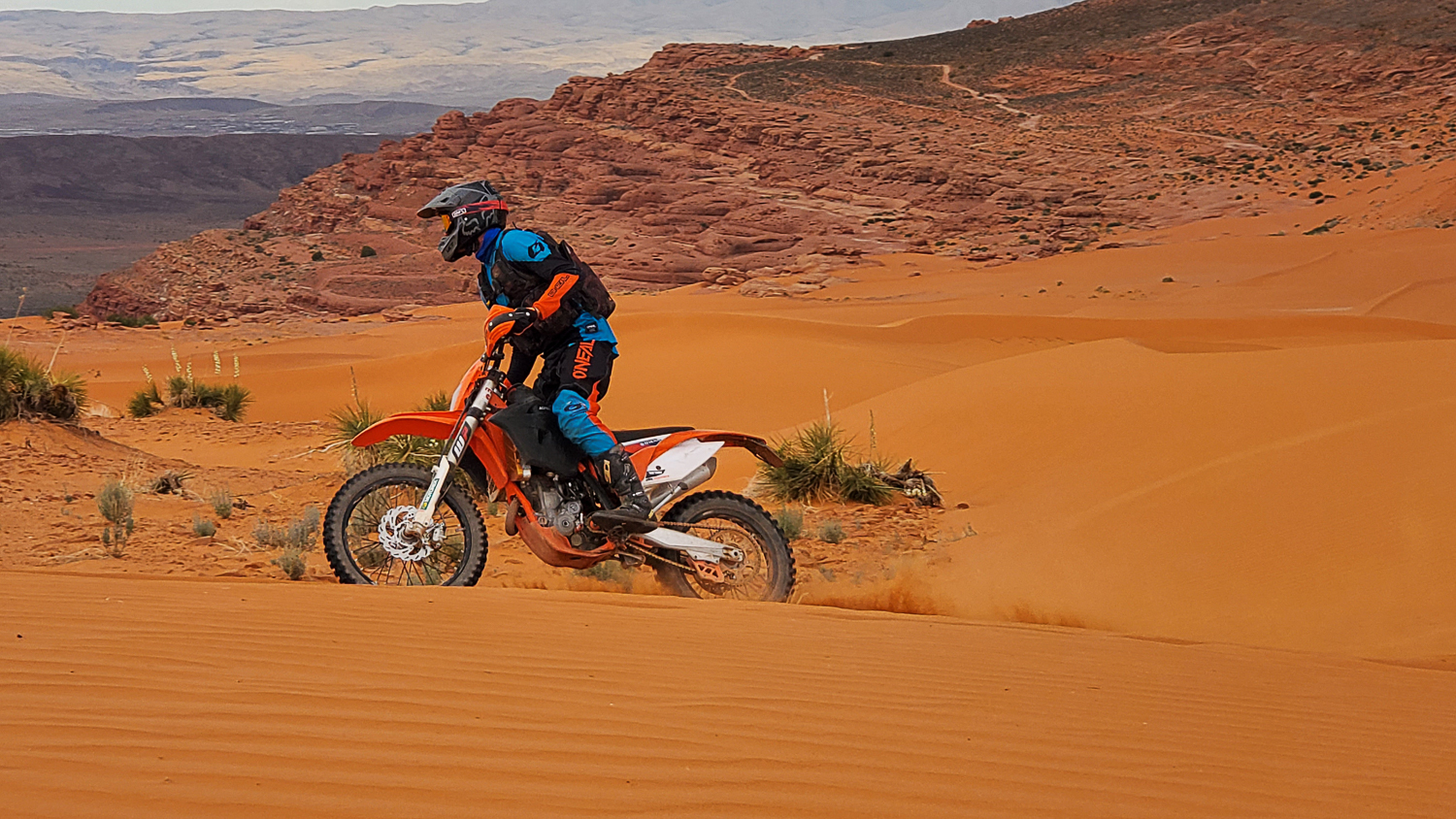 Playing on sand dunes outside Hurricane. 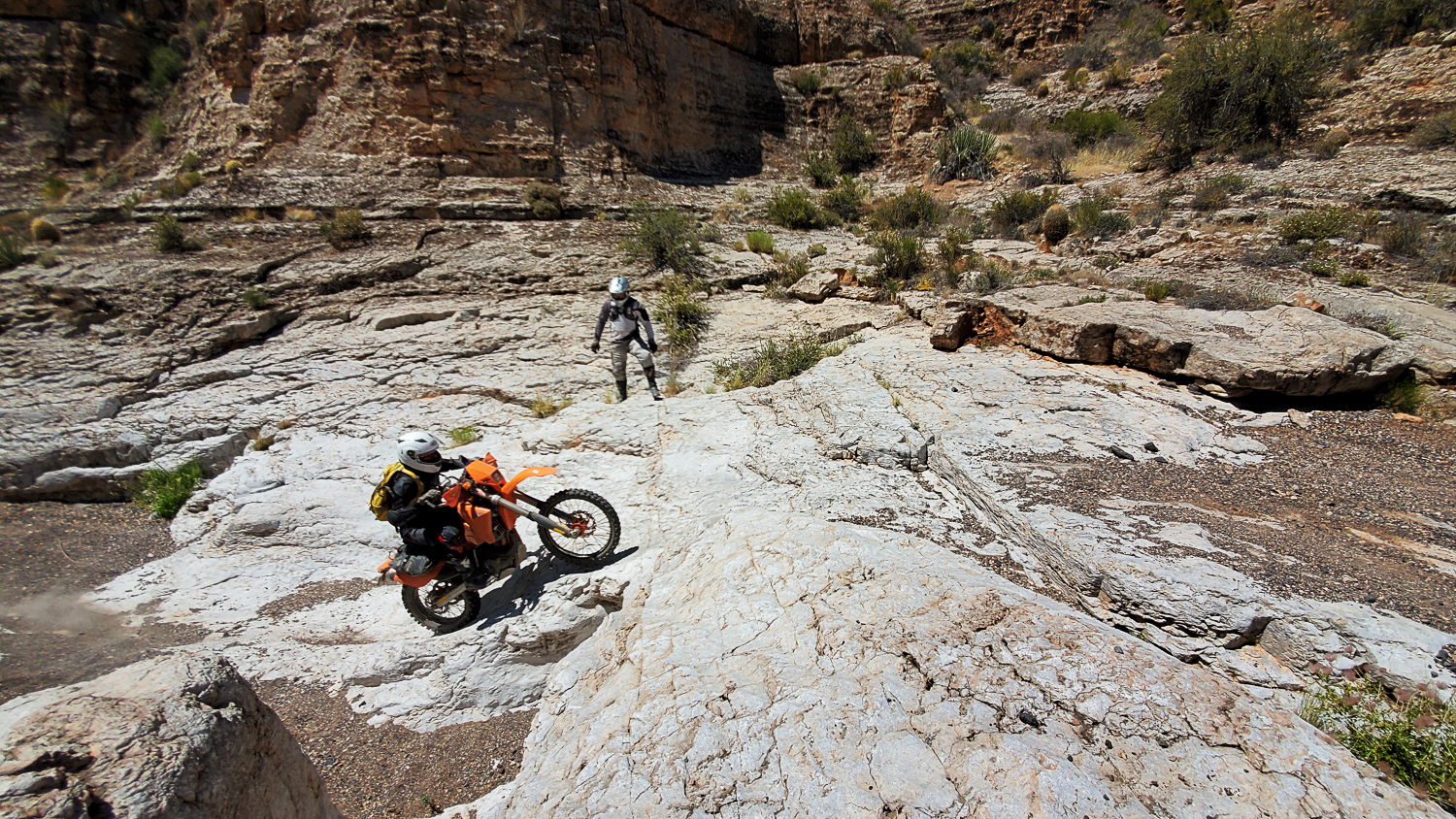 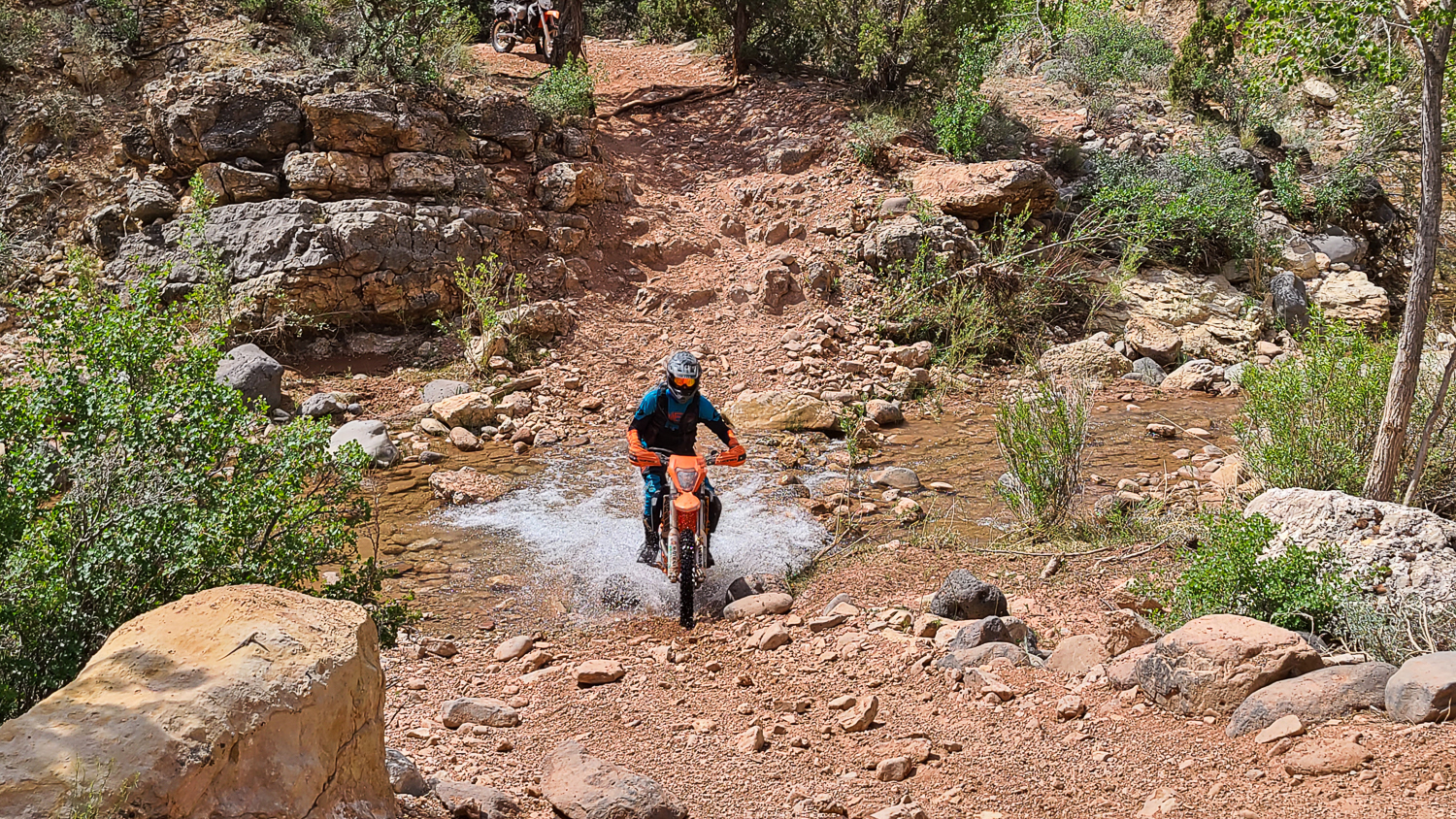 Getting to Torquerville falls involves many creek crossings. 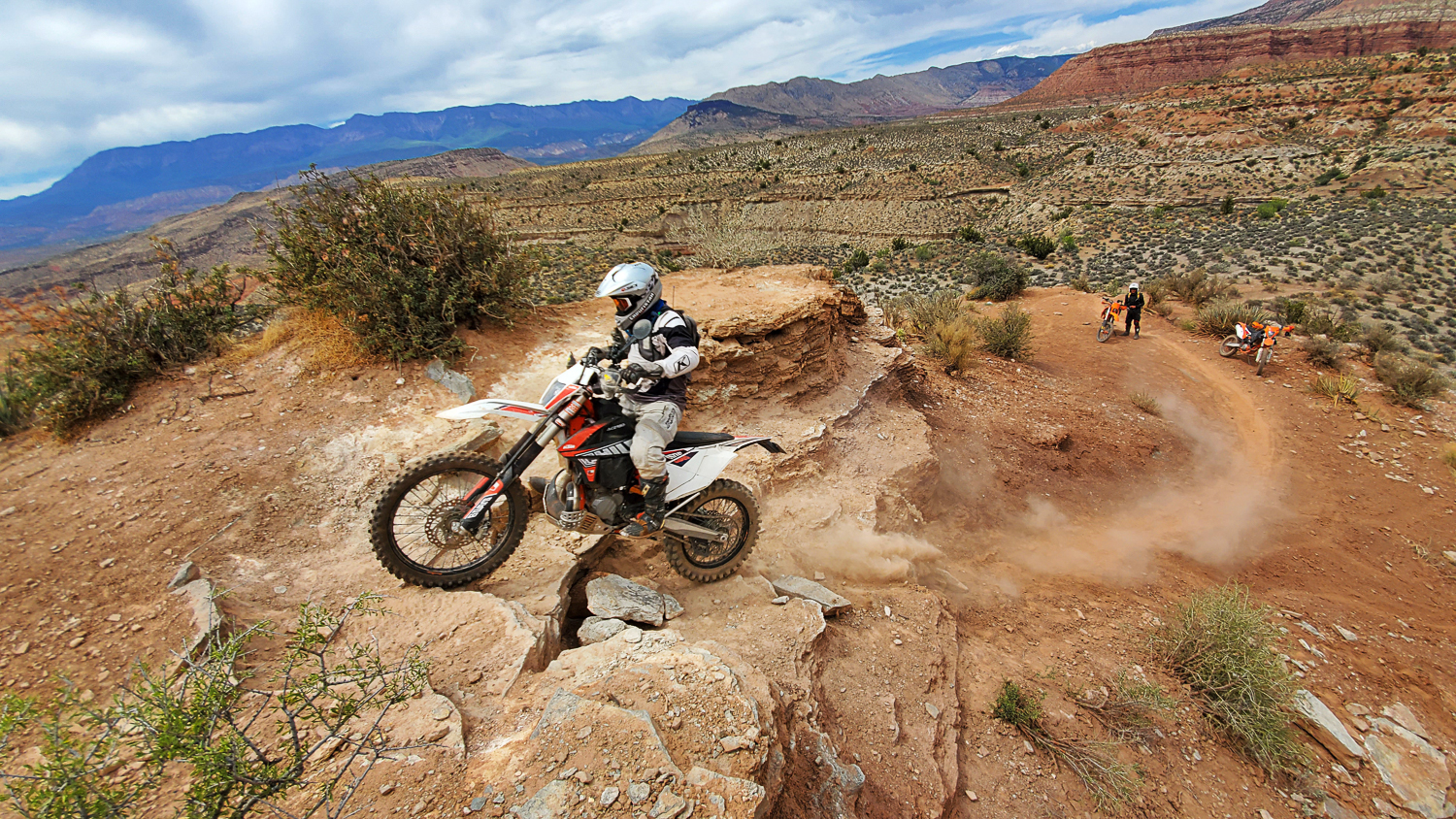 Going back from Troquerville falls on the Twister single track. 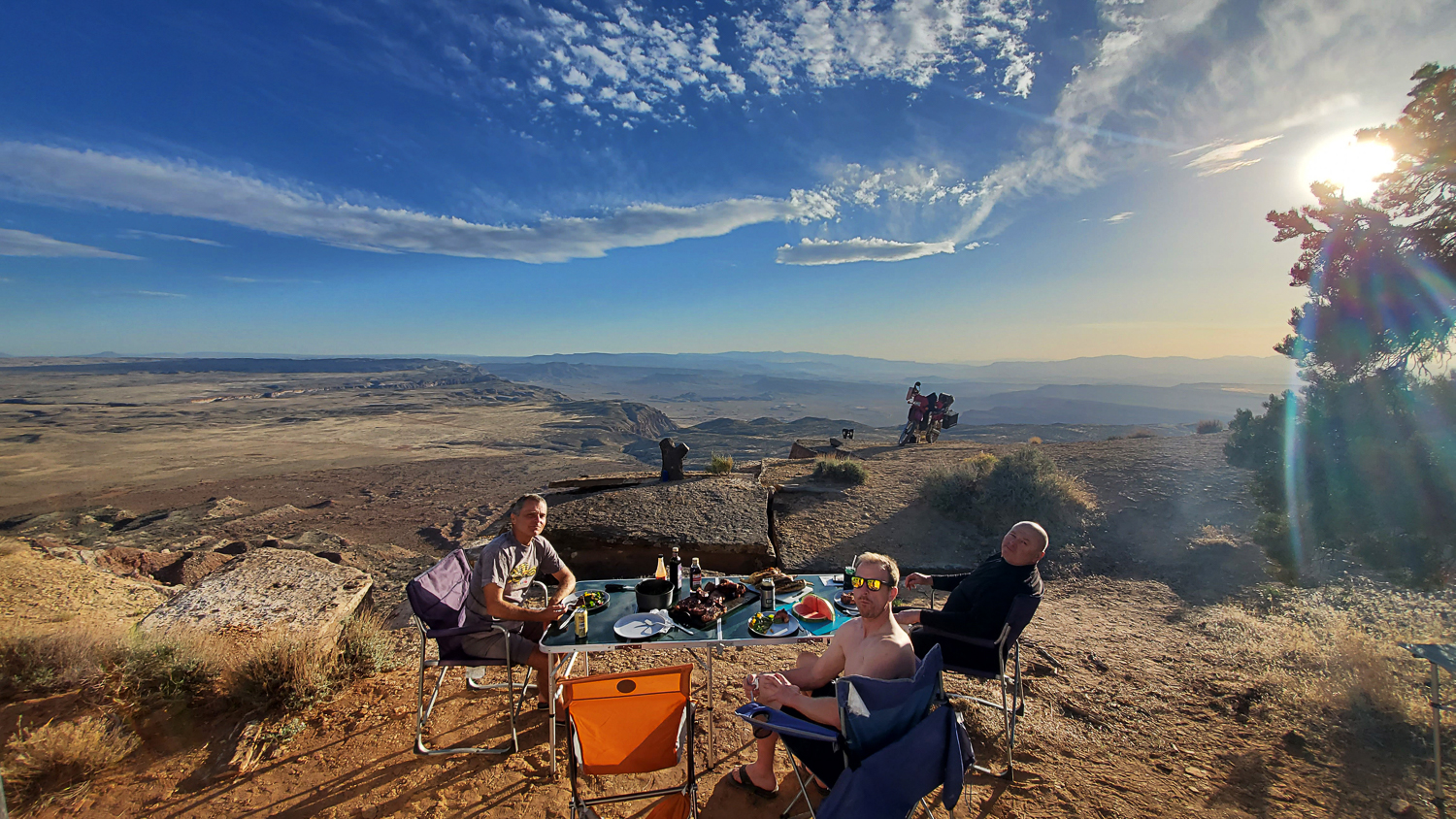 Well-deserved steak dinner after an exhausting day of riding. 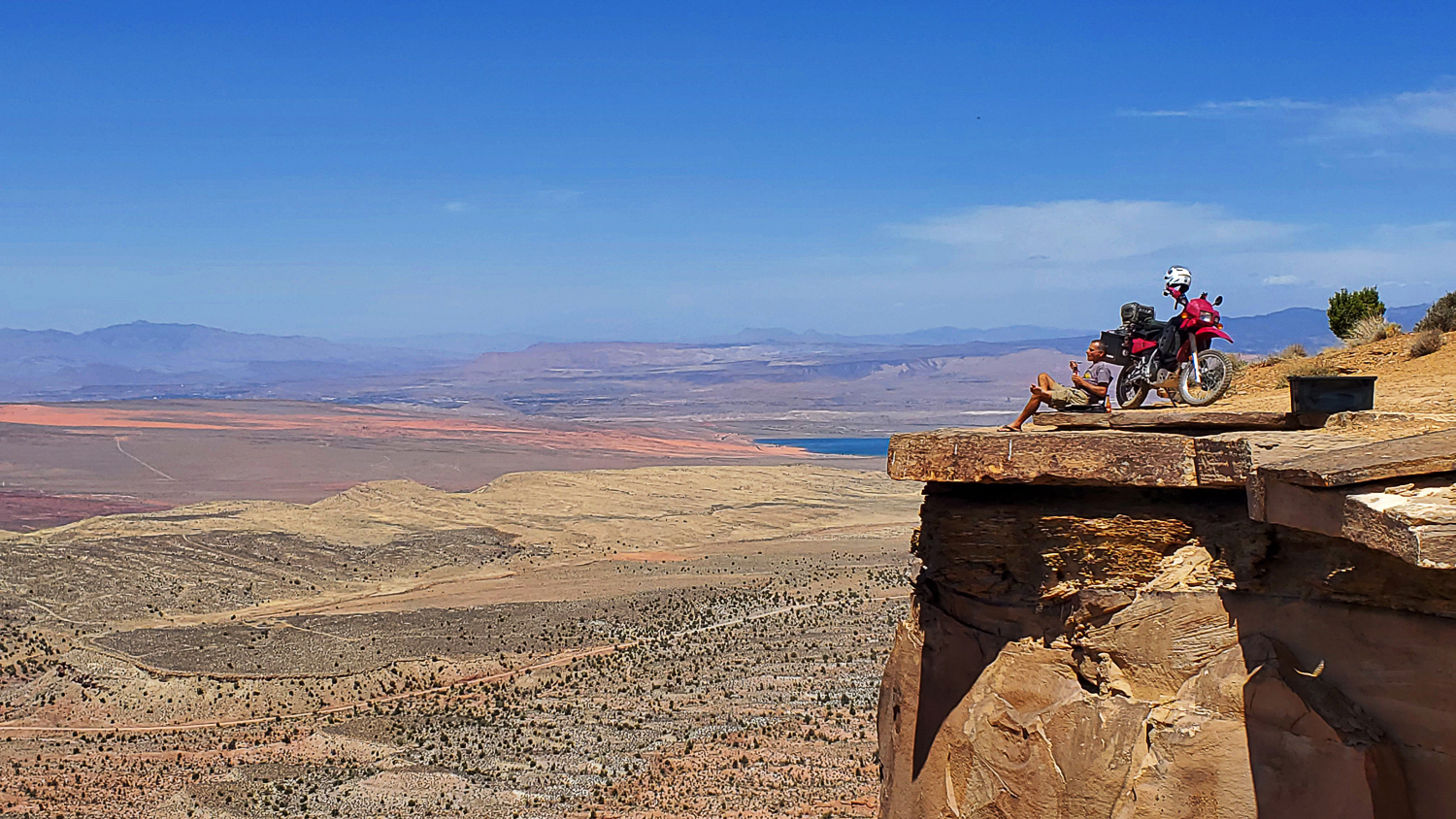 Just happy to be there.

After a week or riding near Hurricane, we were supposed to camp just outside Bryce Canyon. But a major cold front was about to blow through, so we decided to head south, towards Page. We set up the camp on Mesa Romana, high above Lake Powell. Every morning and evening we were rewarded with spectacular show of colors and light. 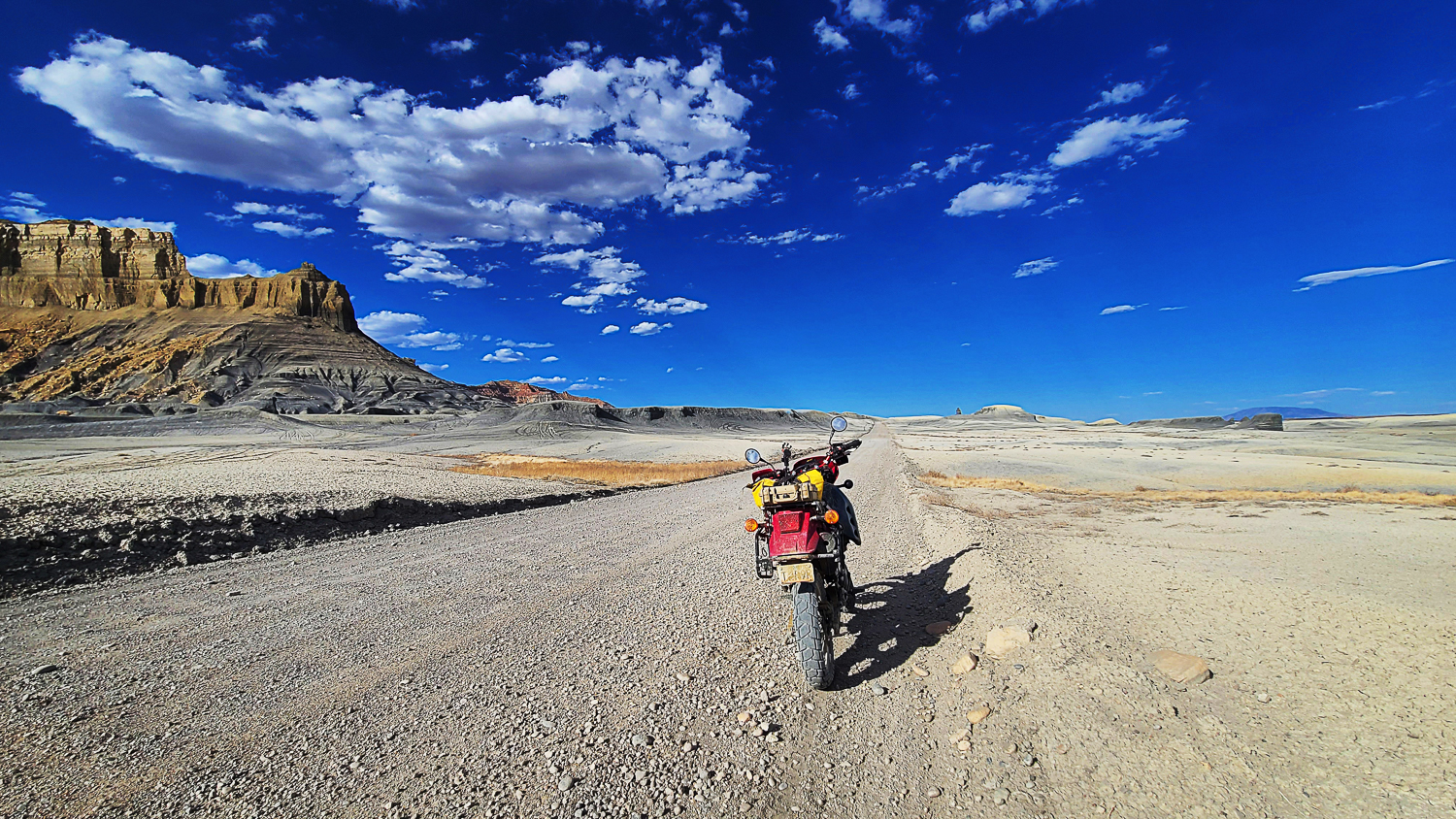 The road to Mesa Romana is spectacular in itself. 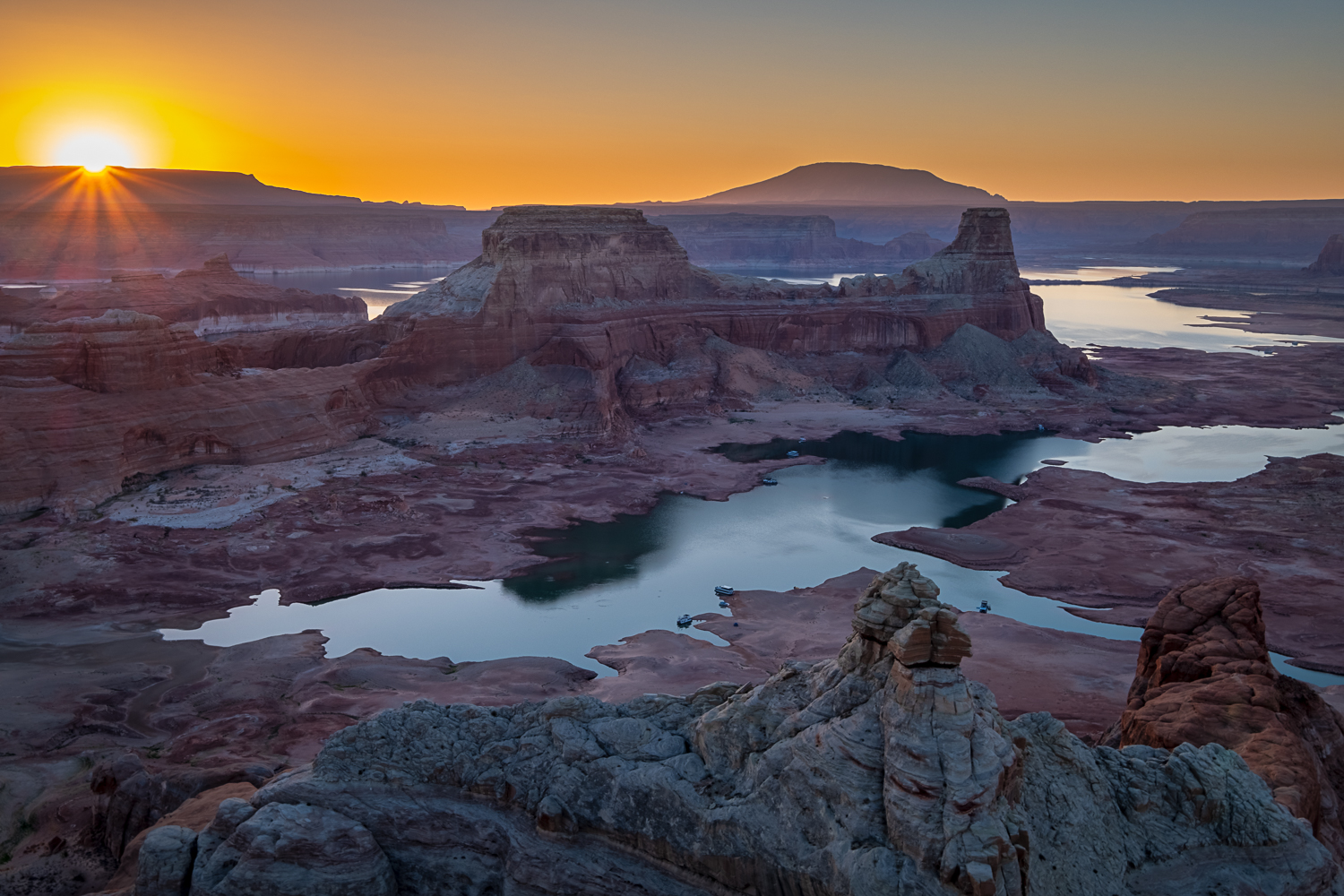 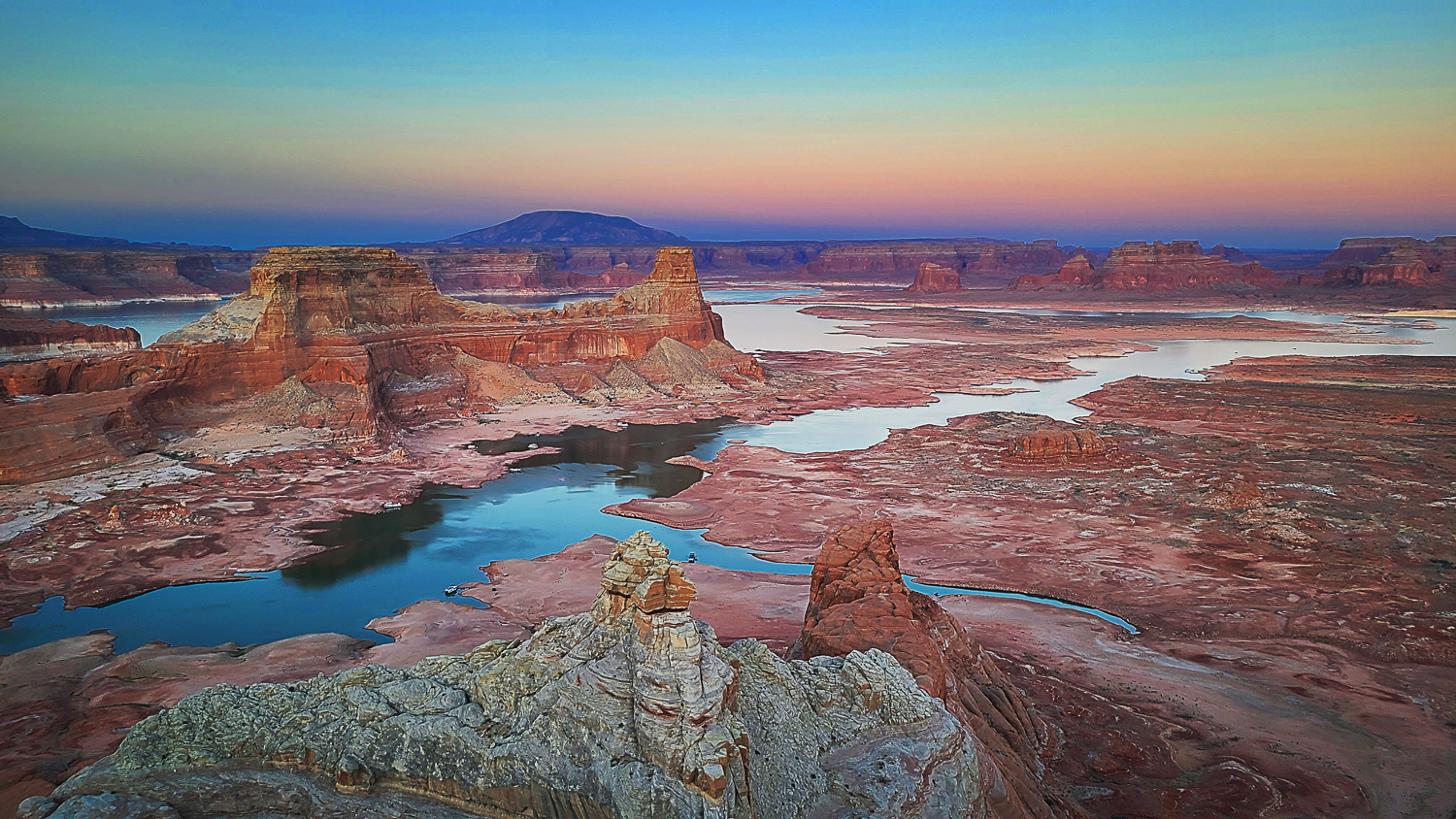 Even after the sunset, mother nature's show goes on. 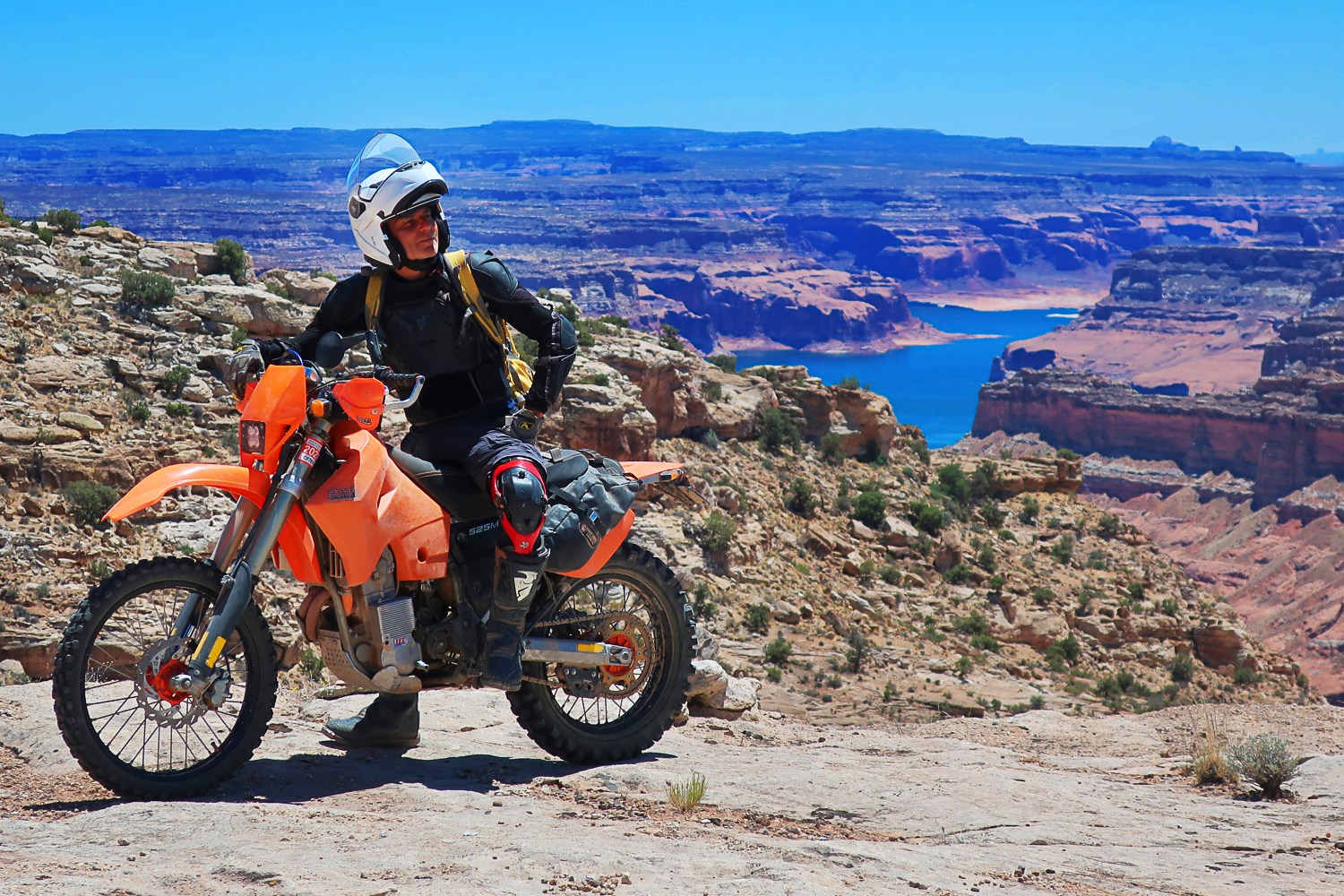 Grand Bench mesa, much more remote and harder to get to - no crowds here.

If one sticks to the paved roads, it's a long way from Page to Escalante. But there are direct, much more scenic and advneturous roads to take between the two. Smoky Mountain road and Croton roads being the best. Besides those roads, there are many tracks that criss-cross the national monument. Many dead end at a wash or edge of a mesa. Even when the dirt roads are relatively crowded, it is unlikely to encounter anyone on these dirt tracks. 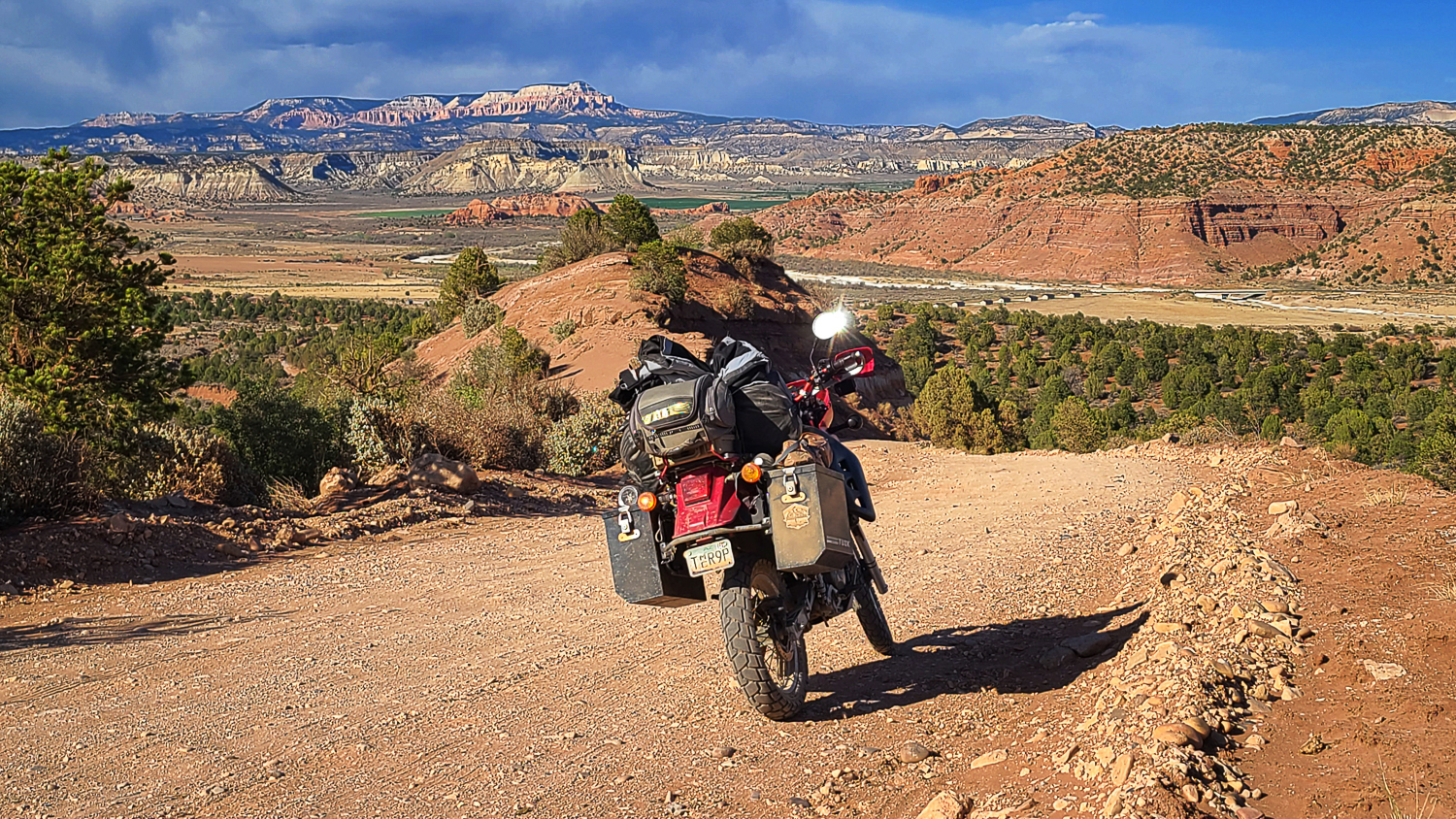 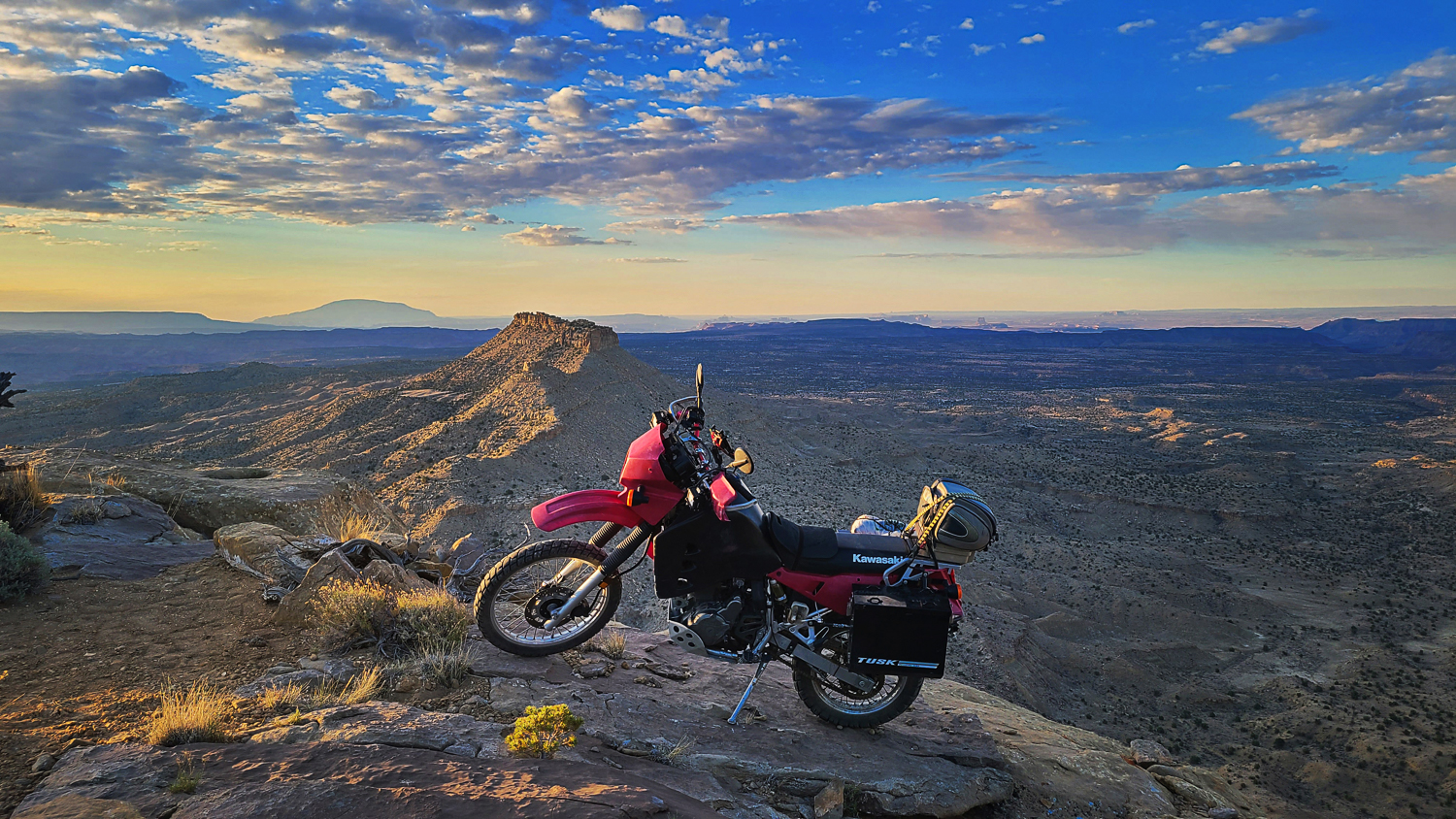 Edge of a mesa high above the Smoky Mountain road - nobody's been here for months.

After two weeks of enduro riding and exploring Grand Staircase Escalante on two wheels, it was time for some hiking. The town of Escalante is a popular base for hiking nearby slot canyons. Escalante Outfitters is a popular and convenient place to stay. They have great campground, fast Wi-Fi and their pizza is to die for. 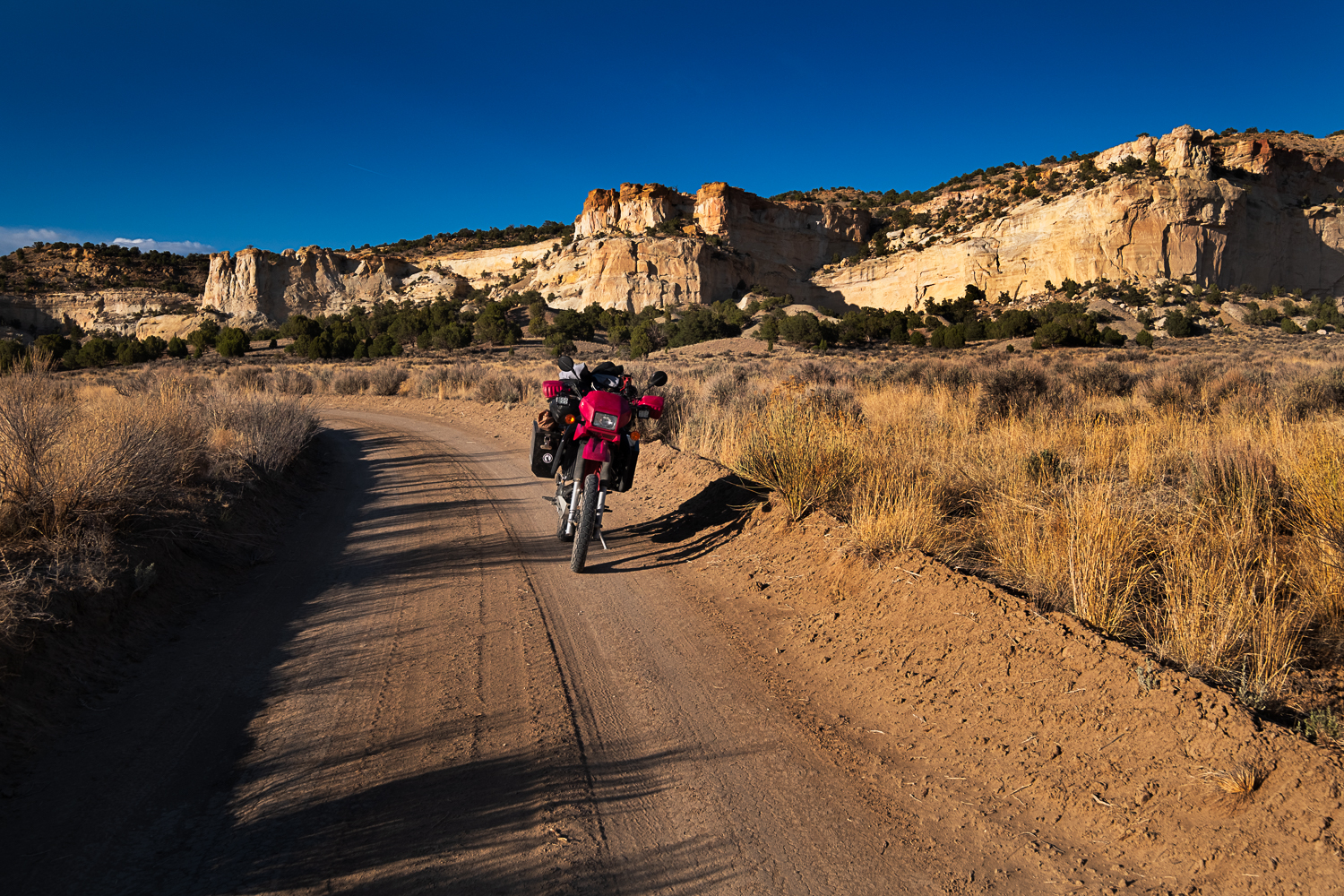 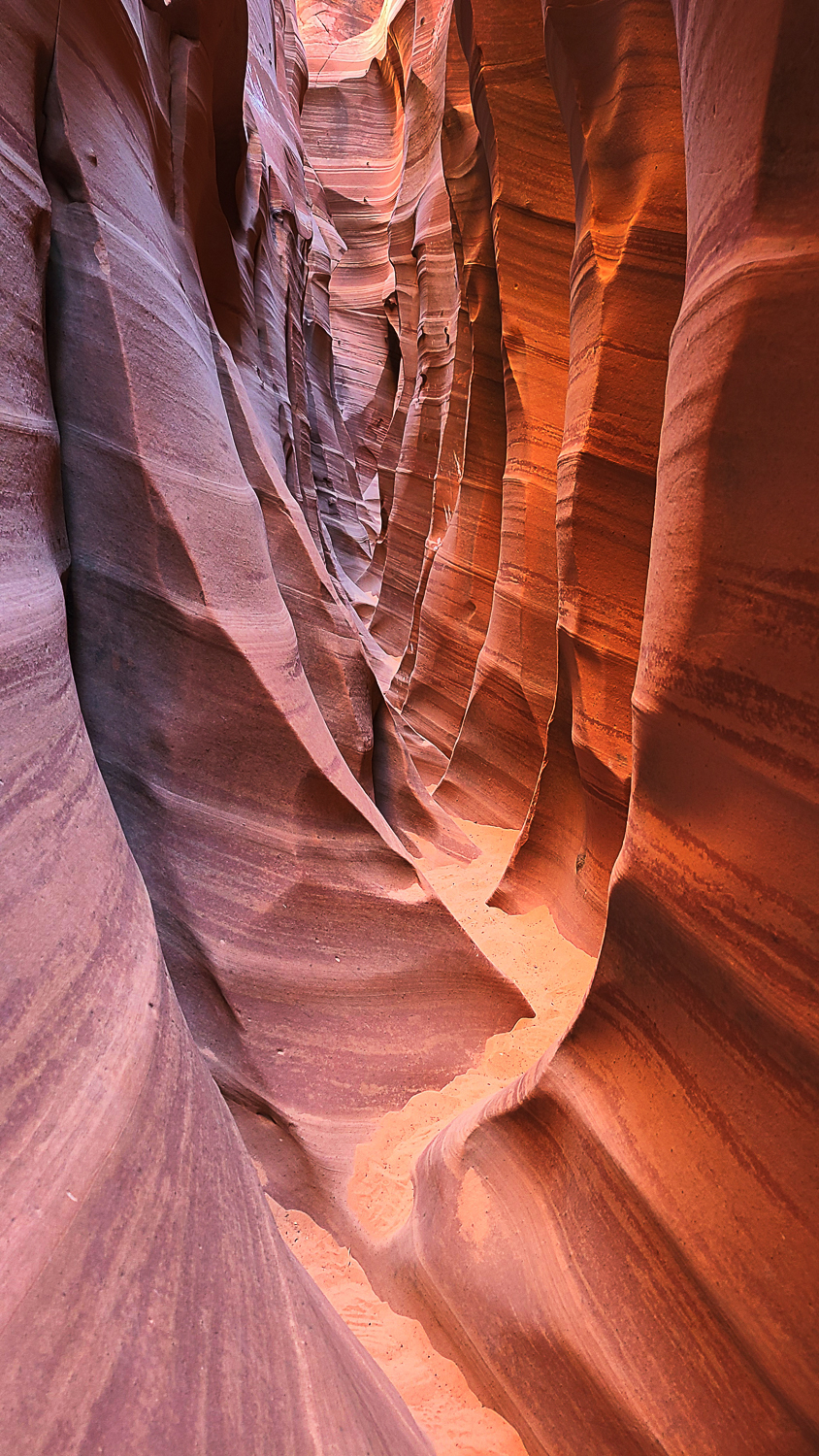 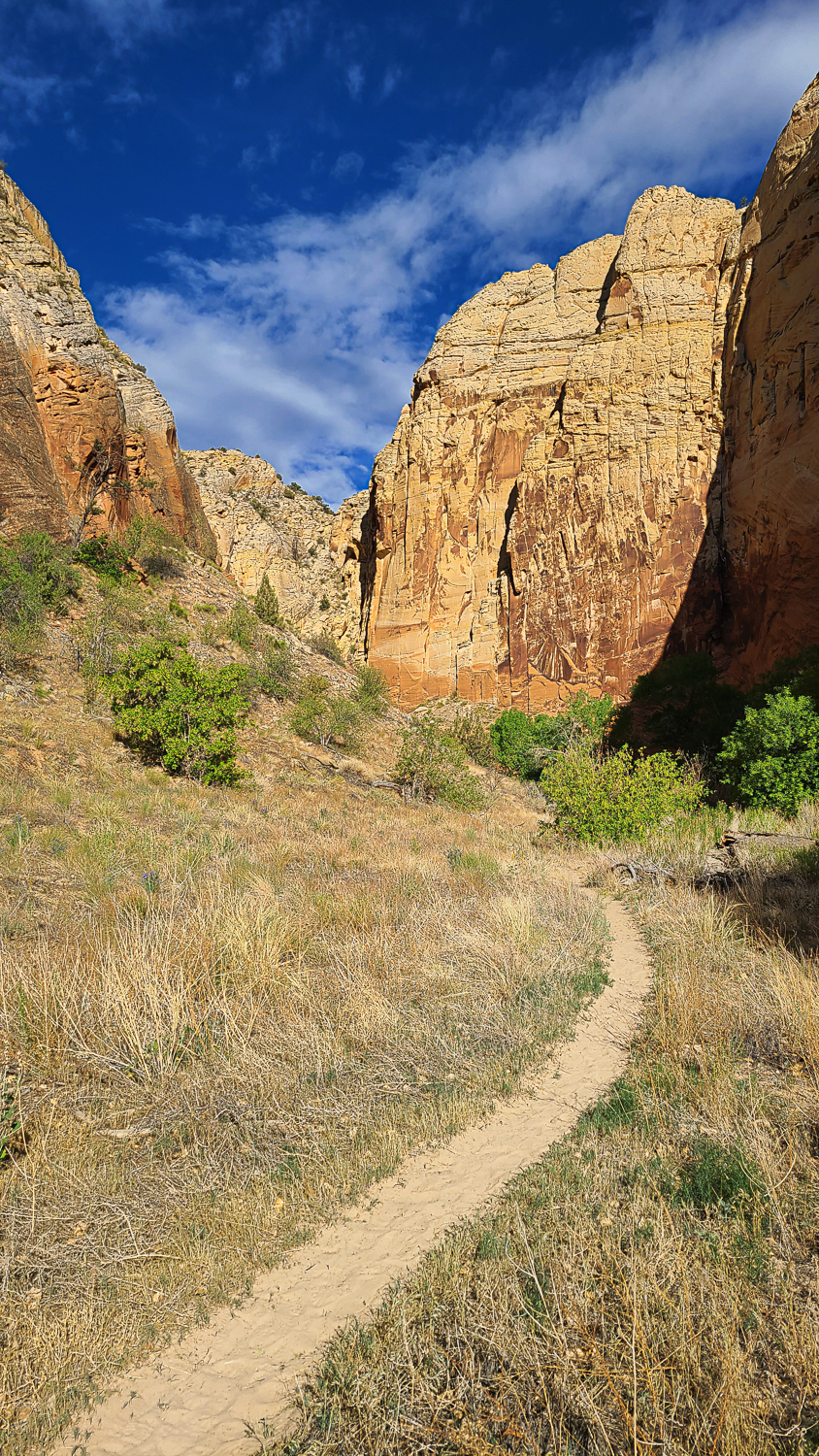 Upper Esalante canyon is another popular hike that starts at the edge of the town. 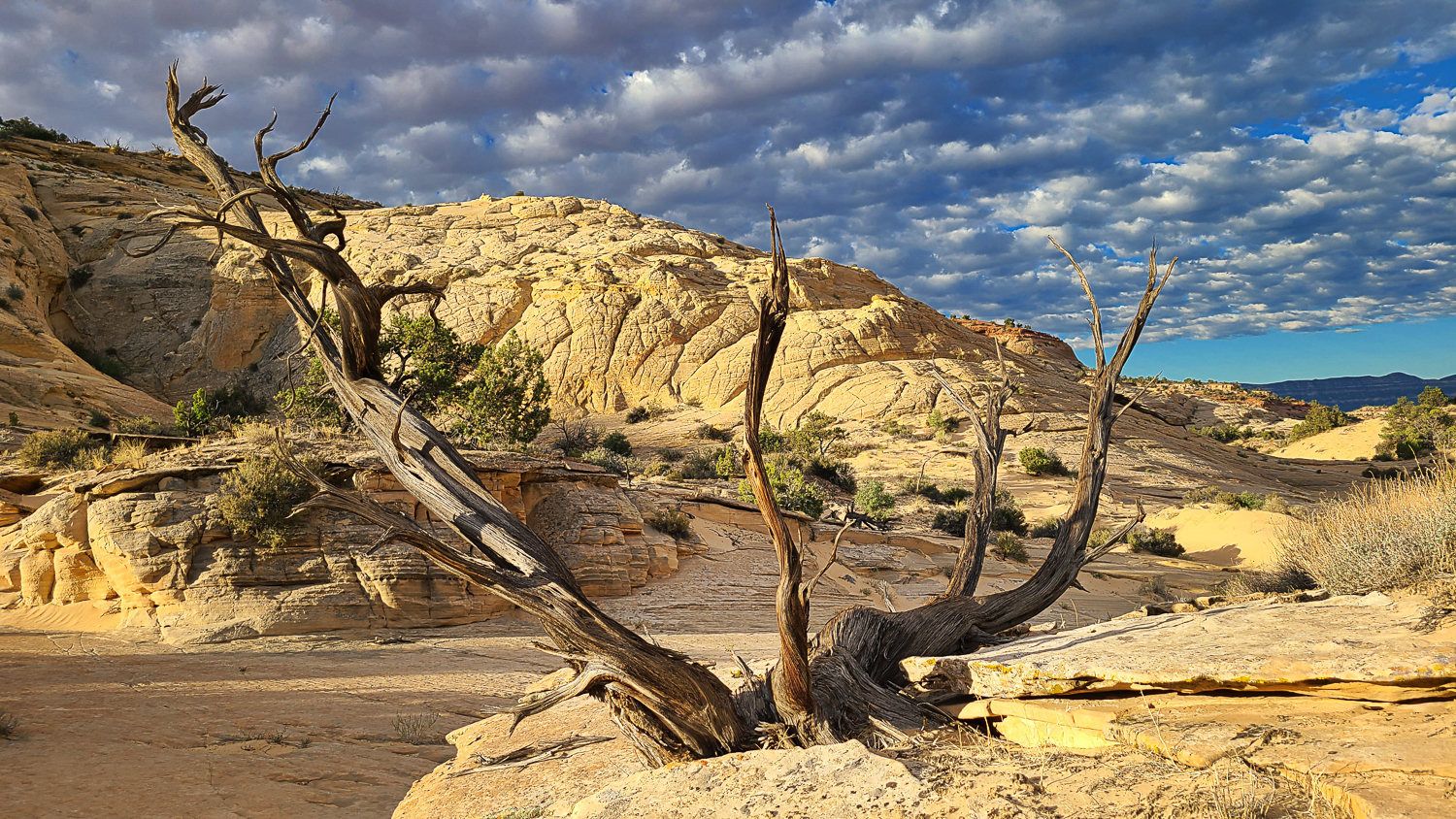 Mother Nature's art along the trail to Bighorn canyon. 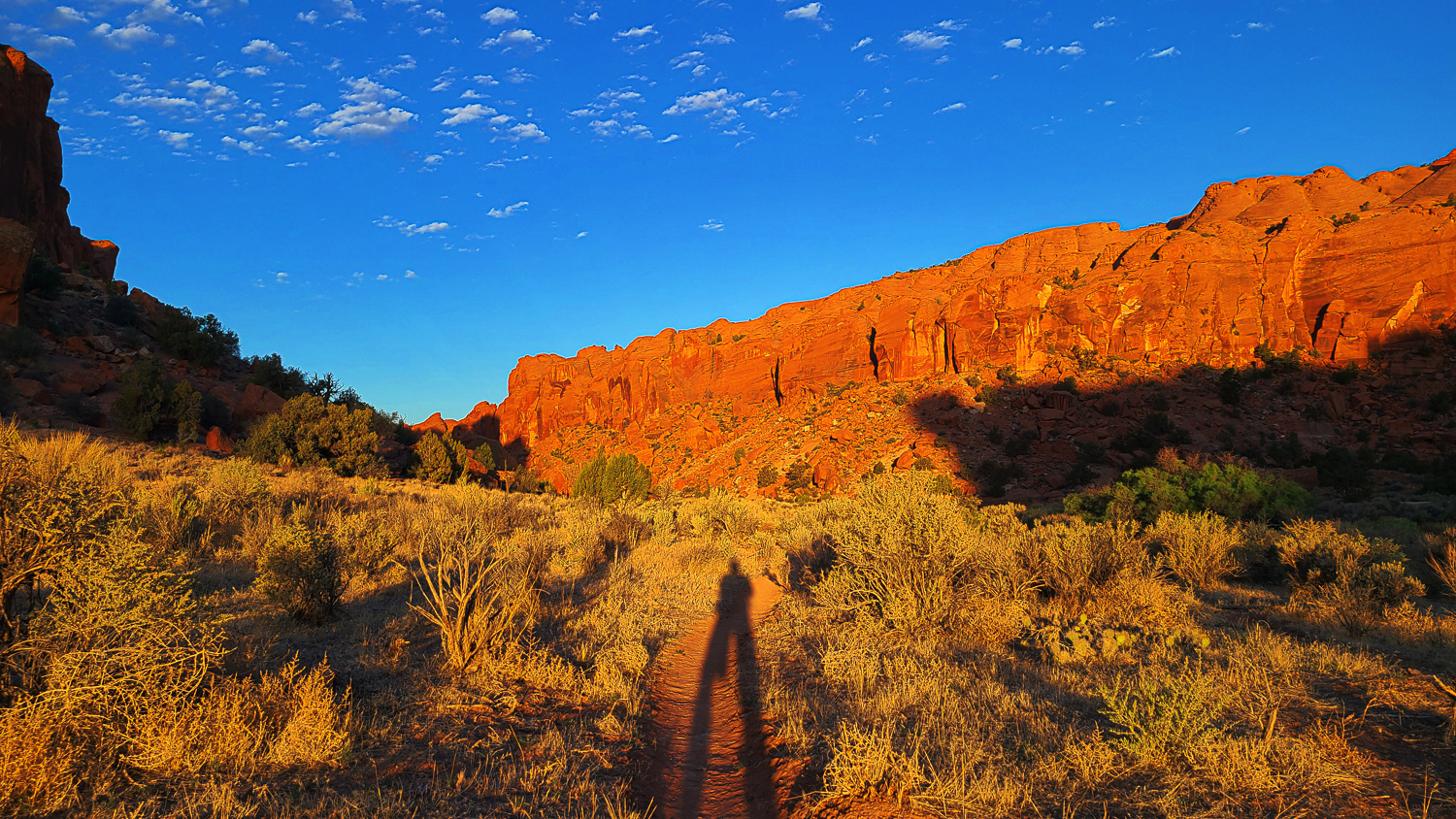 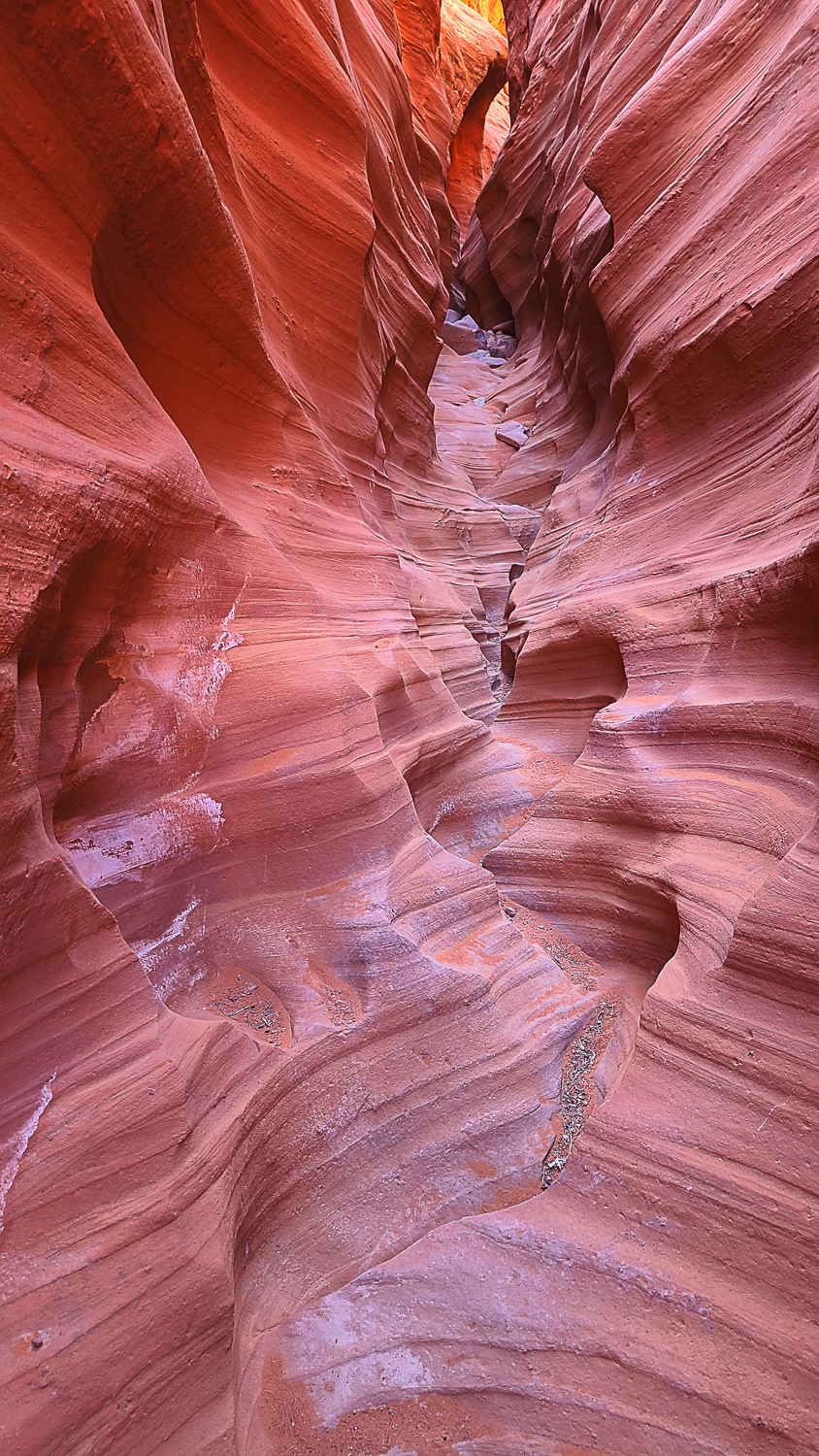 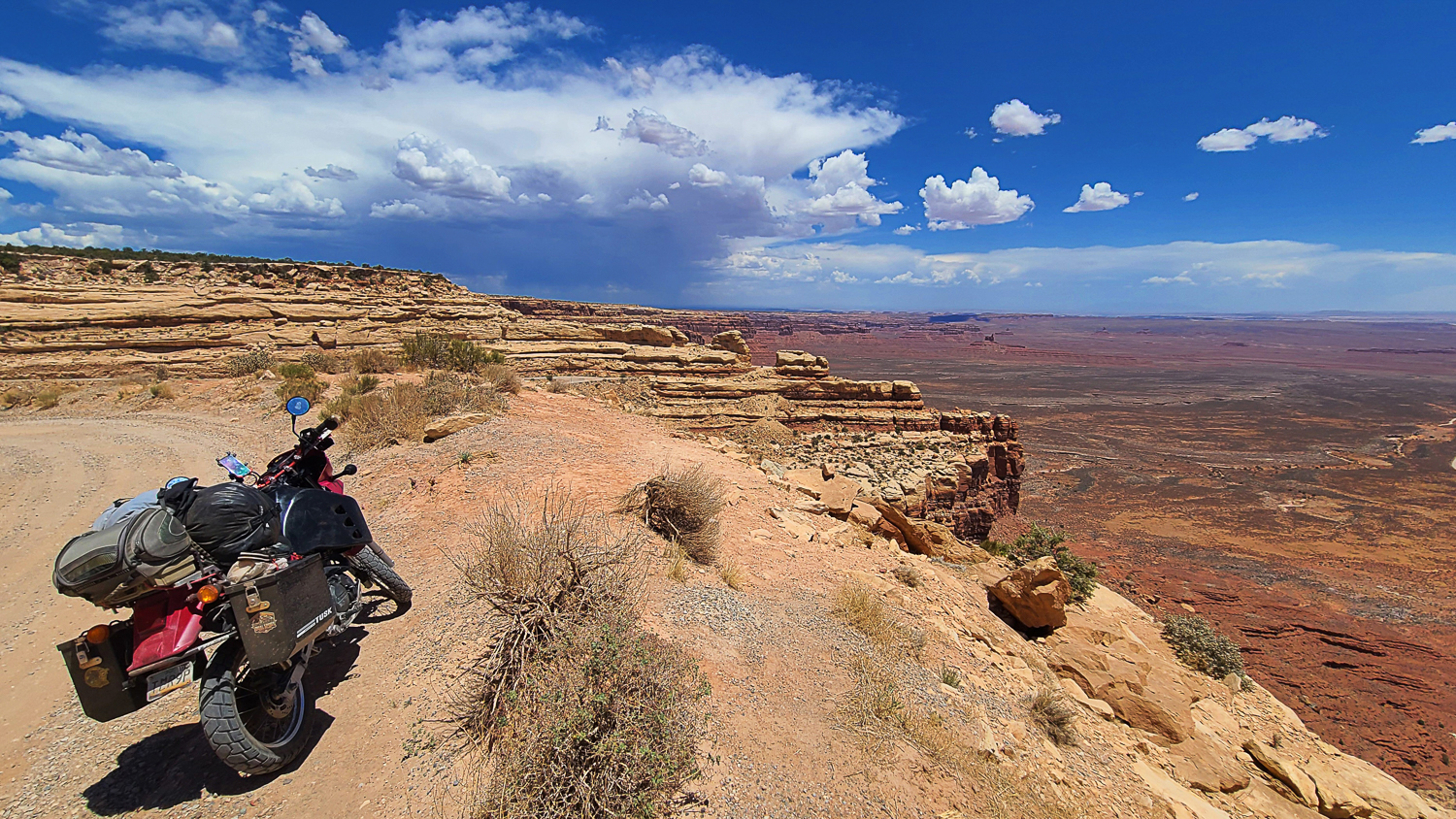